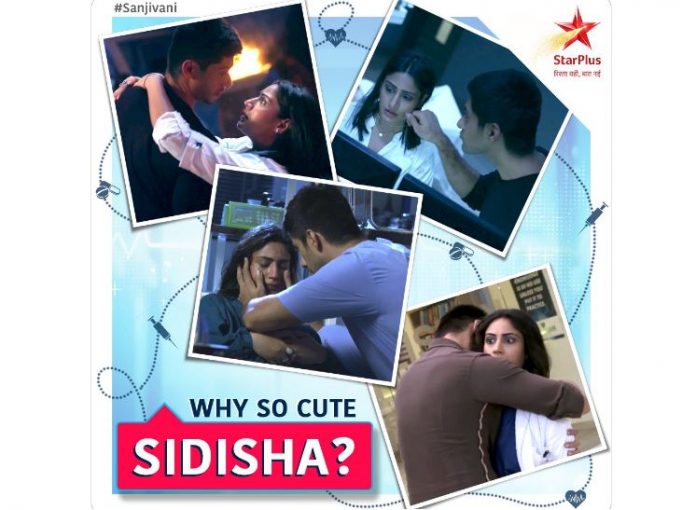 Sanjivani Sidisha cute bonding amidst a slapping twist Sid asks his team to keep him updated about Neil’s dad. Sid and Ishani reach the house to know about Neil’s dad, how he was living and if he was on any medication. The watchman doesn’t allow them to enter the house without the pass. Sid gives him some money to get the permission. Ishita gets angry that Sid is still bribing people and not mending his ways. Sid asks her not to waste time. They barge inside the house and find the birthday surprise for Neil, planned by his dad. Sid and Ishani feel Neil is very lucky that his dad loves him so much. Sid misses his dad, while Ishani misses her parents.

They wish they could get such caring dad. Sid and Ishani check the medicines and also the place to diagnose the problem. Neil’s dad fell ill after breathing in the contaminated air from the AC. Sid and Ishani find a solution to cure Neil’s dad. They try to get some help when they get locked inside the house. They want to rush to the hospital soon. They find the situation very much filmi. Elsewhere, Anjali confronts Shashank for not coming in the inauguration. He warns her about Vardaan. She feels he is fooling her. He tells her that he wants to run her hospital by his own principles.

She argues with him about Juhi, who is responsible for their bad terms. He asks her not to accuse Juhi always. Anjali gets bitter. Juhi feels hurt hearing their argument. Sid tells Ishani that they have to find some way to leave from the house. They end up into a cute pillow fight. They both defend themselves for the past matters. She tells him that she didn’t complain to Vardaan about him. He also clears that he didn’t put the posters to ruin her life. He tries to cheer her up. He cares for her. She reacts in anger and hurts him.

He asks her if she is in any prolonged childhood trauma. She expresses her sorrow that everyone made her away because of her defamed parents. He tells her that Sanjivani doctors team is like her family, who will always stand by her. He asks her to share her sorrow and lighten her heart. She is burdened by her past. She fears that if she depends on someone, she will lose the person. She is afraid that she will never get love in her life. He asks her to trust him and make friends. He teases her by asking for a hug.

They try to get the mobile network to call their team. Rahil takes a move to prove Sid’s innocence. He tells Asha that Rishabh is behind Ishani’s defamation. Sid and Ishani try hard to leave out of the house. They become friends. Later, Sid, Ishani and their friends enjoy the Ganpati Utsav in Sid’s locality pandal. Ishani dances to celebrate the Utsav and enjoys her time. A stranger lands up there. She ends up slapping someone in anger.