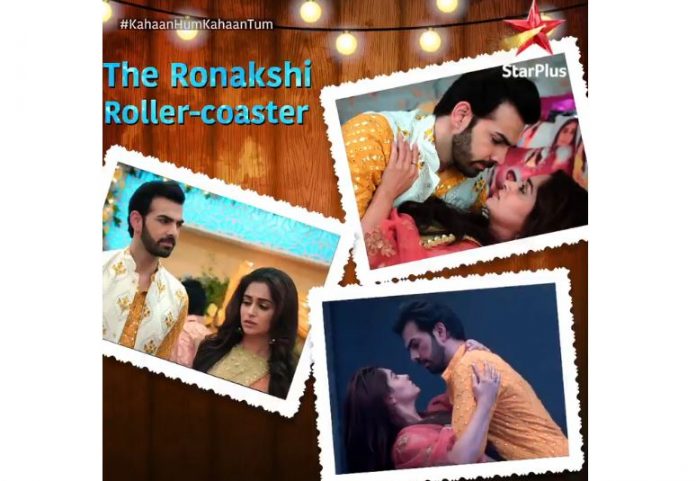 Kahaan Hum Interesting love twists coming up Rohit doesn’t want to accept his feelings for Sonakshi. He reprimands Ajit for feeding wrong things in his mind. He feels he loves Raima only. He wants to talk to Raima, but unknowingly calls Sonakshi. She is grateful to him for doubling the happiness in her family. He vents anger on her that he forgot about Raima because of her. He tells her that she is responsible for making him busy throughout the day and making him forget Raima’s birthday. He calls off his friendship with Sonakshi. He expresses his emotional burst and hurts her heart.

He wants to go to the church and light a candle for Raima, as he used to do this every year. When Ajit explains him not to go and just talk to Sonakshi, Rohit doesn’t listen to him. Sonakshi cries that she is getting all the blames when she didn’t ask Rohit to script the fake love drama. She feels its unfair that he is blaming her all the time. She wants to help Rohit. She didn’t wish to see him shattered. She meets Netra, who returns the show to her. Sonakshi bags the Parvati role again. She learns that even Sumit is back on the show. She doesn’t want to work with Sumit, but gets helpless because of the channel pressure.

Netra tells her that she had signed Sumit again on the channel’s word. She asks Sonakshi to accept this as fate. Sonakshi agrees with Netra’s speech. She learns about Rohit, who is at a church and arguing with the guard to get inside the church to light a candle. The guard refuses to let him in when the timings got over. Rohit dreams of Raima. He wants Raima back. He doesn’t know his new feelings for Sonakshi.

When he meets Sonakshi, he gets rude to her again. He tells Sonakshi that he didn’t mean to hurt her, but he is himself too hurt. Sonakshi requests the guard and also the Father to let Rohit make prayers from his heart. She wants Rohit to express love for Raima the way he wants. She seeks permission and takes Rohit inside the church. She prays for Rohit’s wish to turn true. Rohit realizes his love for Sonakshi.