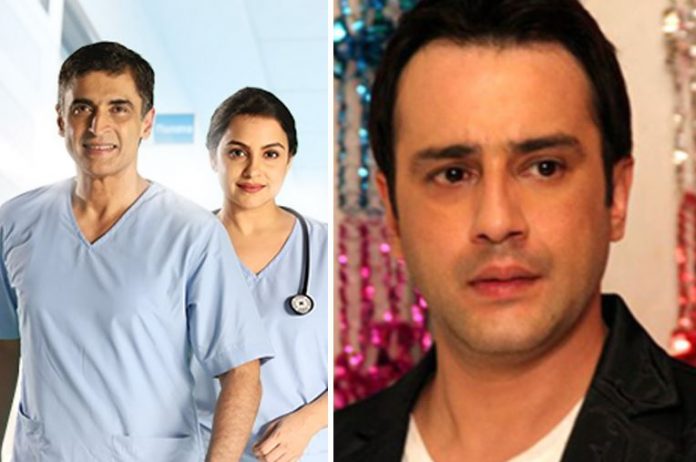 Sanjivani Rahul adds third angle in Juhi Shashank love tale Anjali compels Shashank to tell the truth that Juhi that he loved her and that’s the reason that he fired her from Sanjivani on Rahul’s request. She tells Juhi that Shashank was helpless by his love and had to do this as Juhi loved Rahul. She tells that now Juhi is no longer with Rahul, Shashank and Juhi can unite. She asks Shashank to admit to Juhi that he loves her. He cries and slaps her. He tells her that he didn’t expect her to embarrass her. He gets too upset knowing he has fallen in Juhi’s sight. Juhi wants to know if Anjali has blurted out the truth. She is sure that Anjali wasn’t lying, but wants to hear it from Shashank once.

He feels ashamed of Anjali’s doings. He calls off the dinner and rushes out before Juhi confronts him further about his feelings. Juhi never expected Shashank to grow feelings for her, knowing she is happily in love with Rahul. She didn’t know when and how Shashank fell in love with her. She had got separated from Rahul since their perception and principles were clashing.

They both chose their medical career, though different paths. Juhi regrets on her failing marriage. She always regarded Shashank as her mentor who can never be wrong. She wonders how did Shashank turn so wrong by having feelings for her. She didn’t expect Shashank to malign the pure relation of mentor and student. Juhi isn’t aware that Rahul has also become a part of Sanjivani, through Vardaan and Anjali’s luxury ward plan.

She wants to confront Shashank about his feelings. Shashank fails to explain Juhi that he had removed her from Sanjivani for the sake of her own happiness, which lied in Rahul that time. He wanted to see Juhi married to Rahul and fulfill her dreams. Shashank and Juhi’s love twist gets the third angle with Rahul arriving in Sanjivani.