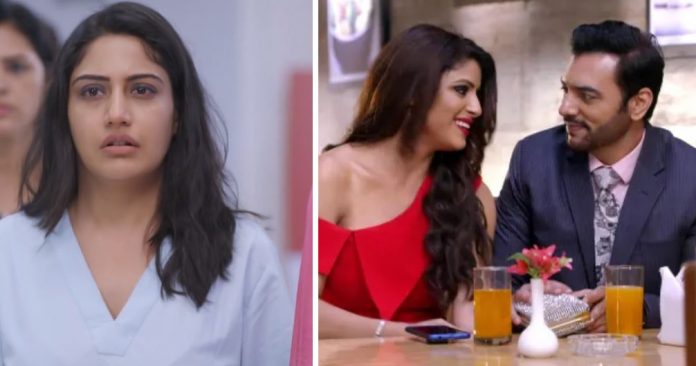 Sanjivani Spoiler Shashank and Juhi start having professional clashes because of their personal differences. They treat a patient together and have a clash of opinions. Shashank proves out to be giving the right advice, which Juhi rejects because of her anger. He lets her free to decide the procedure best suiting the patient. He asks her to operate the patient by considering all the factors related. Juhi feels Shashank is her mentor, but she has her own wise approach. She gets overconfident and then realizes her mistake. She realizes that Shashank was guiding the right thing. Shashank and Juhi learn about Sid’s accident. Juhi gets the tough case to operate Sid. Juhi performs the surgery successfully.

She saves Sid’s life when everyone was fearing to lose him. Sid survives post the surgery. Ishani clears the bills. She tells Rishabh that her shift is over now and she will be going to meet Sid now. Rishabh asks Ishani why does she want to become Sid’s nurse. He doesn’t allow her to meet Sid. Ishani tries hard to meet Sid. Asha lies to Rishabh that Ishani is too unwell and may faint down. Ishani acts to puke. Rishabh asks her to take rest. Ishani gets free and runs to meet Sid. She wants to take care of Sid. Sid soon recovers and joins back on his job. Ishani is gradually falling in love with Sid. She gets smiling when she sees Sid. She thinks if this is love. Rishabh poses hurdles in their love story.

Yeh Hai Mohabbatein Highlights:
Yug gets badly framed in the doctor’s murder case. Karan doesn’t know what to tell to the police, who also arrives soon. Yug states that he didn’t kill the doctor, but he was trying to save his life. He clarifies that the doctor died when he removed the knife. Inspector doesn’t listen to Yug. He takes the statements from Karan and neighbors. Karan also believes that Yug can’t commit any murder. He wants to help Yug. He gets worried for Yug, who gets arrested when he fails to prove anything. On the other hand, Arijit calls up Natasha to know her plans. She tells him that she is planning to meet Shardul on lunch date. He asks her not to underestimate Raman’s smartness. She tells him that she will test Shardul again.

She just wants Shardul’s face to unlock the safe. She plans to spike Raman’s drink and take him. She asks Sunil to make all the arrangements so that they can get the diamonds. She tells Sunil that she will leave the country once she gets the diamonds. Raman feels unwell and tensed. He wants to go home as soon as possible. He gets an anxiety attack. Simmi and Aaliya ask him to try and work out the plan. Ishita wants him to go home if he is really wanting to back out. She tells him that they have to find out their secret enemy but can delay the plans for some days. Raman gets emotional. He wants to take the risk. He asks Ishita not to cancel the plans. He can do anything for his family. He goes back to the restaurant to meet Natasha.

Later, Natasha arrives there to meet Raman. Simmi gets angry seeing the way Natasha is flirting with Raman and acting cheap. She wants to beat Natasha. Aaliya calms her down. Raman tries to convince Natasha. She spikes his drink to take him along. Karan worriedly calls Ruhi to inform about Yug’s shocking arrest. Ruhi and Ishita get worried knowing about Yug’s arrest. Ishita informs Raman about Yug’s arrest. Raman excuses himself for the emergency. He wants to save Yug. He asks Simmi and Aaliya to come after him. The family reaches the police station to meet Yug and help him. They fail to arrange bail for Yug. Inspector tells them that he can’t help Yug, since its a murder case. Lawyer asks Karan to help Yug by changing his statement. Karan refuses to lie, which shocks the family. Karan wants Yug to get free if he is innocent.