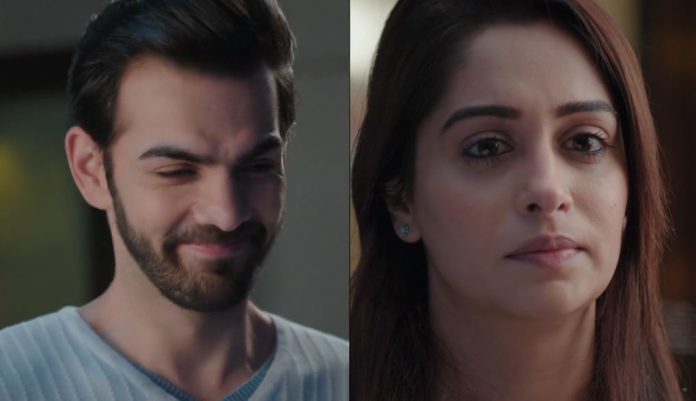 Spoilers Kahaan Hum Sufiyana Sardaarni Ishaaron Mein Yogi’s baraat is also unique like him. The family members and friends dance their way happily to the mandap. They enjoy and dance weirdly. Yogi joins the baraat dance. Yogi’s dad gets missing. Yogi tries to find him. Yogi’s dad returns and gets a shocking news for them.

Meher bakes a cake for Param’s birthday party. Sarabjeet makes a plan to stop Param from bonding more. He creates a misunderstanding between Meher and Param. He lies that Meher didn’t bake the cake for him. Meher wants to surprise Param. Sarabjeet tricks Meher. Param doesn’t like the cake. Sarabjeet tells Param that Meher doesn’t know his choice. He promises Param to get the best cake for him.

He hopes that Meher keeps her promise and not wish Param on his birthday. He wants Param to hate Meher, so that their bond breaks from heart when she leaves after the divorce. Meher fails to please Param. She feels emotionally hurt seeing the way Sarabjeet is taking Param away from him. The birthday party will get a twist. Sarabjeet and Meher’s divorce truth will come out.

Kahaan Hum Kahaan Tum:
Sonakshi’s involvement in Raima’s accident will get known in the coming track. Sonakshi feels she should end the love drama than dreaming of their marriage. Rohit loves Sonakshi. He wants to take her for a dinner date. He confesses love to Sonakshi. Raima gets conscious from the coma state. She wants to meet Rohit and reveal Sonakshi’s truth.

Sufiyana Pyaar Mera:
Saltanat reaches Zaroon at Shah Manzil. Before she could meet him, Kainat faints her down and drags her out of the house. She hires a cab and dumps Saltanat. The driver assumes Saltanat dead. He panics and jumps off the car. Saltanat gets tensed when she gets conscious. She sees the car driven without the driver. She also jumps down the car. Kainat saves Saltanat from an accident. Madhav follows Saltanat and finds her safe. He thanks Kainat for saving Saltanat’s life. Madhav asks Saltanat to come home with him. Saltanat doesn’t think of Zaroon.

Bahu Begum:
A masked person attacks Shayra. Shayra gets injured while attempting to save her life. Noor hates Shayra a lot. Azaan’s uncle and aunt also try to join Noor. Surayya wants to kill Shayra and blame Noor, who just wanted to scare Shayra. Noor doesn’t know that Surayya is much evil. She asks Surayya to ask the hired goon to stop hurting Shayra. Surayya wants revenge on Shayra and Noor, who have hurt her ego.

Vish:
Aditya and Alia are happy while they celebrate the baby shower ceremony. Everyone congratulates Alia. Rudra Maa is with Alia. Sabrina gets two evil spirits to enter Aditya’s house. She takes a new disguise to trouble Alia. Aditya is scared that Sabrina will get back. Sabrina finds a way to reach Aditya, who doesn’t doubt on her aides. Sabrina gets angered seeing Aditya and Alia happy. She sends a poisonous fruit to Alia. Rudra Maa stops Alia from consuming the fruit.