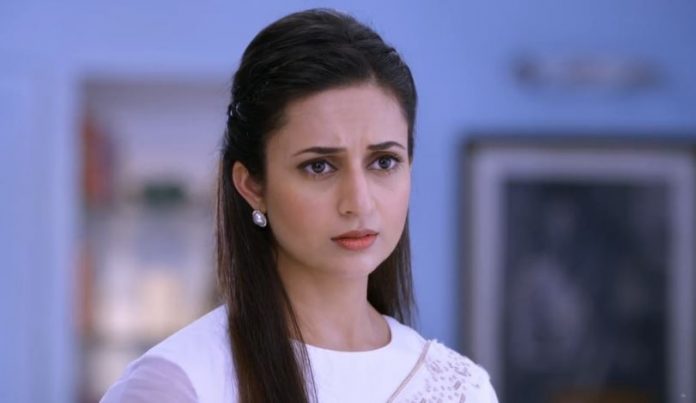 Yeh Hai Mohabbatein Murder mystery intensifies further Raman and Ishita deal with a new problem. Yug gets bailed out by Arijit, which gives much happiness to Aaliya. Arijit tells them that he has bailed out Yug, since he has a belief that Yug can’t murder anyone. He tells Bhallas that he has used his contacts and stopped the news from spreading in the media. He tells them that he loves them as family. He makes his image better. He tells them that he didn’t wish to inform them before getting the bail, since he didn’t wish to give them false hopes. Bhallas get thankful to him. They are happy that Yug is safely home. Karan tries to meet Yug, but Aaliya hinders. She scolds Karan for not believing Yug.

She taunts him that Arijit trusted Yug, when Karan couldn’t. She reacts in anger. She upsets Karan and Ruhi as well. She doesn’t want the family to trouble Yug by their suspicion. Bhallas explain Aaliya. They don’t want any family clash when Yug has come home. Arijit is happy to divide them and rule. He is sure that they will be burdened by his favor.

On the other hand, Natasha finds Sunil too worried. Sunil is scared that he would get arrested for murdering the doctor. He tells her that they should better save themselves. Natasha wonders why is he so terrified. He keeps the matter a secret and indirectly seeks her help.

She asks him why is he scared when they didn’t murder the doctor. Sunil hides the truth from her. He fails to explain the truth to her. Raman and Ishita meet the lawyer to discuss Yug’s case. Aaliya reprimands Karan again. She doesn’t want Karan to be a part of the discussion. She just wants the supportive people to stay with Yug. She tells Ishita that Karan isn’t family and doesn’t know the meaning of relations. She lectures him.

Ruhi gets upset. She defends Karan for a while. Aaliya discusses the case with the lawyer. Sunil gets worried by a threatening message. He wants to change his number so that he gets tension free. Natasha wants to know what is he hiding. She tells him that they won’t get blamed for anything. Sunil doesn’t want the truth to be known to anyone.

Later, Arijit meets Neeti. He informs her that he is ruining Bhallas by putting Yug in jail. He wants Bhallas to suffer, as they have made him suffer. He comes across the doctor’s wife, who is much angry on the hospital staff. Arijit makes a new plan to use the lady’s anger in his plans. He tells her that she should better direct her anger at her husband’s murderer. He wants to create more drama at Bhalla house. The lady agrees to his conditions to know about her husband’s murderer.

Ruhi and Karan are worried for Yug. Ruhi loses her cool and feels Aaliya is right about Karan. She tells him that he could have taken a stand for Yug. She feels Aaliya’s anger is justified. Ruhi and Karan’s tiff brings more tension. Yug gets accused once again. He faces a bad time.