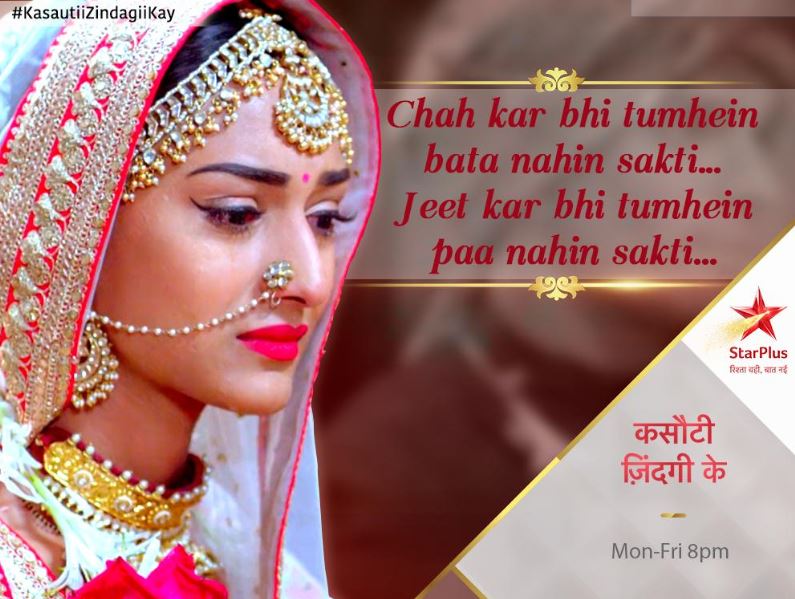 She is sure that Mr. Bajaj will manage everything once she supports him. Shivani feels Anurag hasn’t done wrong since he has been doing everything for Prerna. She respects his feelings. She doesn’t want Anurag to hurt himself. She has been in a wrong relationship with Ronit before. Shivani values true love a lot. She hopes that Anurag gets his happiness. She promises to always support him.

Meanwhile, Prerna regrets that she has changed Anurag to this extent that he got blind and couldn’t see the difference between right and wrong. She feels she has done everything for Anurag and still lost him completely. She feels it was natural that she trusts Anurag over Mr. Bajaj, but she has been wrong.

She wants to apologize to her husband, who expected loyalty from her. Shivani tells Anurag that she worries for him a lot, since he has done a lot for her and family. She wants him to always succeed in life. She becomes his well wisher. Prerna seeks permission to meet Mr. Bajaj once.

Moreover, Prerna meets him to apologize, knowing Anurag has been wrong this time. Mohini meets Anurag and knows about his hand wound. Anupam hides Shivani to avoid the unnecessary drama. Mohini asks Anurag to take care of himself. She loves her son a lot. She wants him to marry soon. Anurag likes Anupam’s idea to hide Shivani. He asks Anupam to drop Shivani home, while Sharma family worries for Shivani. Shivani returns home and reveals that she had gone to meet Anurag out of concern. Suman suspects Shivani to be developing feelings for Anurag.

Veena wants Anurag to get fine. Consequently, Prerna admits to Mr. Bajaj that she has been wrong to blindly believe Anurag. She tells that she had heard Anurag’s plans and learnt the complete truth. She apologizes to him and feels guilty. He can’t see her crying. He consoles her. He reveals that he knew Anurag’s plans and still didn’t limit him. He tells her that Anurag had planned the attacks and accident to frame him. He had the recording with him and wanted to share it with Prerna.

He tells her that Anurag did this to separate them. He wants Prerna to believe him since their relation needs that strong trust. She asks him why didn’t he prove his innocence if he had the evidence. He tells her that her trust matters to him. He proves that he had always fulfilled his promises. He didn’t harm Anurag or Basus. He asks Prerna to always maintain their trust. He wants her to decide if he should come home. She wants him home soon.

She tells him that he should come home and prove his innocence. He agrees to her command. He accepts the bail and goes home with Prerna. He promises Prerna and doesn’t take any action against Anurag further. This makes Anurag clueless about his plans. Anurag wonders what is Mr. Bajaj planning against him now, when Prerna is also on his side.