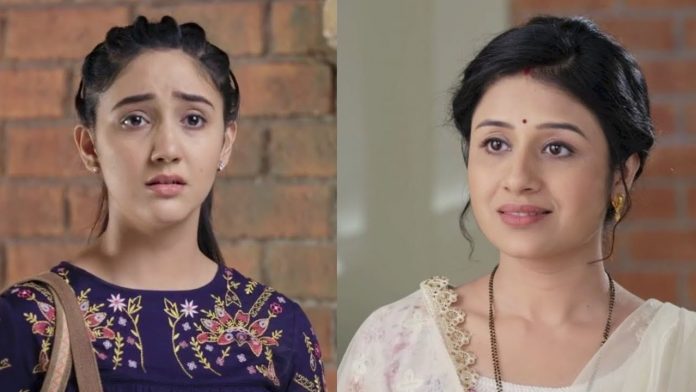 Patiala Babes Shocking twists to strike Babita Babita and Minnie attend the guests at home. Babita asks Minnie to serve the guests. Minnie hears the conversation. Minnie has met her Biji secretly. She can’t leave them in that situation. She isn’t telling Babita about it. She doesn’t let Babita know about her secret meets. She wants Babita to stay happy in her own world. Minnie thinks of the elders who are helpless. She wants to spend time with them. Minnie wants to balance the relations. She doesn’t want to hurt Babita’s sentiments by telling her about meeting her grandparents. She is stuck in the situation where she has to keep everyone happy.

She wishes Babita’s terms with them gets better. Babita will also realize their worth and get them back home. Babita also want the bitterness to get prolonged. The guests bring a big twist. Babita learns about Minnie and Biji’s connection. Minnie didn’t wish anything to get revealed. Hanuman misses Babita when he is on work. He comes back home to meet Babita once. He meets her and tells her that he was missing her. She gets into a moment.

She prepares lunch for him. He tells her that he won’t be going now. Babita finds a solution and asks him to click her selfie so that he can see that whenever he misses her. She solves his problem. The twist will strike, which leaves Hanuman and Babita homeless.

Also Read, Vish:
Sabrina snatches Alia’s child and gets him to Mrityulog. Aditya and Alia have arrived in Mrityuyog. Aditya fights Sabrina when she refuses to give his child back. Aditya gets help from Guru Maa. Sabrina kills Rudra Maa during the fight. Sabrina tries to use her magic on the child. Alia doesn’t let Sabrina win. She fights with Sabrina until her last breath. She dies and proves that she has still won over Sabrina’s evil. She succeeds to save her child. Alia and Rudra Maa sacrifice their lives to save the baby. Aditya loses Alia forever.