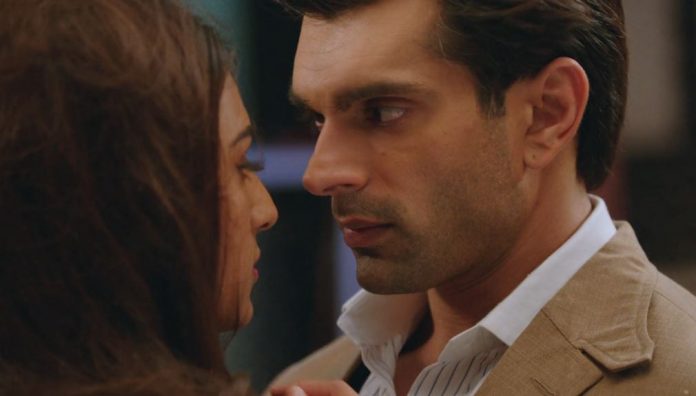 Prerna Bajaj Twisty Kasautii New love story begins Anurag breaks down and shares his sorrow with Moloy. He tells him that he is doing everything to get Prerna, who is his life. He wants Prerna to understand him. He gets Moloy’s support and gets happy. He tells him that he regrets the fact that Mohini or anyone else aren’t understanding his emotions for Prerna. Moloy knows that Anurag isn’t wrong. He is supportive of Anurag and blesses him to get his love. Meanwhile, Mr. Bajaj’s lawyer Mehra arranges his bail.

Mr. Bajaj tells Prerna that he is fulfilling her wish. He just wants to obey her. He thinks he shouldn’t smile seeing her, which would convey a wrong meaning to her. He gets happy that she is with him. He wanted her trust and he has finally achieved that. Prerna waits until he completes the formalities. He gets his phone back. He tells her that he has the video recording of Anurag’s confession. He wants her to see it once, so that he can prove himself. Prerna watches the video and gets depressed. She feels that she has pushed Anurag to this point.

Mehra is happy for him. Mr. Bajaj can’t stop staring at Prerna and smiling. He becomes a lover boy unexpectedly. He thinks his feelings are getting evident to her as well. He doesn’t want her to see love for her in his eyes. He goes away from her to control his feelings. She finds his behaving weird again. Their car breaks down and they get helpless to take a cab. They have a romantic moment. They come too close while they embark on a new journey. Mr. Bajaj is much in love with her, though she isn’t aware of it. He wants her to keep their marriage with loyalty. Prerna takes Mr. Bajaj home, which gets shocked for Anurag.

Anurag didn’t expect him to come home on bail, without any evidence. Mr. Bajaj tells him that everything is possible for him. He tells that he has taken bail and will soon prove his innocence too. He tells Anurag that he isn’t wrong and even Prerna knows this now. He tells that he had the evidence and showed Prerna as well. Prerna reprimands Anurag for plotting the accident and framing Mr. Bajaj. She tells Anurag that Mr. Bajaj is now back. Anurag gets too upset. Maasi and Tanvi get glad that Mr. Bajaj has come home. They hug him and welcome him.

Basus get angered seeing him. Mohini wants Anurag to call the police. Maasi asks Mr. Bajaj to arrange a new house for them, since they don’t want to share the roof with Basus. Mr. Bajaj asks her to control Tanvi, who is backbiting about Prerna. He pacifies a guilt-stricken Prerna. He doesn’t want her to blame herself. Anurag gets determined to ruin Mr. Bajaj’s plans. He wants to be a step ahead of Mr. Bajaj, which upsets Prerna.