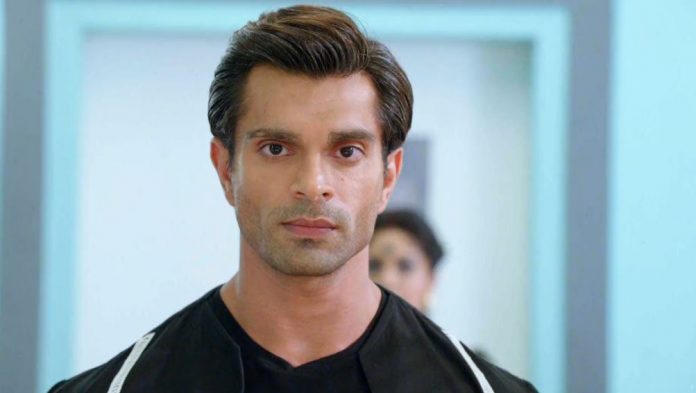 Kasauti Stunning twist Bajaj reveals his total negative side Mr. Bajaj and Prerna speak their emotions out for the first time. Prerna tells him that Anurag means a lot to her, he is the reason for her marriage with Mr. Bajaj. She tells him that Anurag has been wrong, but still she doesn’t want to take any action against him. She tells that Anurag has a special place in her heart and she can never hurt him. She wants to help Anurag in moving on in life with a better life partner. Mr. Bajaj gets enough hearing her praises for Anurag. He asks her not to speak about her ex-lover so much that it gets uncomfortable for him. Prerna understands that being a husband, he can’t hear her love tales.

He doesn’t like her to miss Prerna. He can’t see her worried. He asks her to take rest. He expresses his wish to meet her family, so that he can make their terms better. Prerna informs Veena about Mr. Bajaj’s wish to meet them. Veena thinks Mr. Bajaj is taking an initiative towards them. She wants to welcome him and pay respect. She doesn’t know if he is innocent in the accident case. She also holds faith in Anurag. Meanwhile, Prerna stays disturbed. She still looks after Kuki. She bonds with her emotionally.

Mr. Bajaj admires her for being so loyal and positive. He feels its decision to marry her in right. He gets losing himself when he sees Prerna. He wants to always have her in his life. He doesn’t want to lose her ever. He wants Prerna to always give them happiness by staying in their lives. He feels he can do anything to keep Prerna with him. He doesn’t want to lose to Anurag.

Mr. Bajaj gets triggered when Anurag boasts of his love for Prerna. Anurag challenges him that he will get Prerna’s love back. Mr. Bajaj tells Anurag that Anurag must die to get out of Prerna’s life. He shocks Anurag by the confession that he had committed the accident to take his life. He tells him that he knew Anurag’s plans and planned this huge accident to kill him. He tells Anurag that he always kills people who try to break his family.

Anurag realizes that Mr. Bajaj wanted to kill him. He feels he has fallen in Prerna’s sight by planning the accident. He didn’t know that Mr. Bajaj is really so evil. Mr. Bajaj shockingly mocks Anurag for reaching the doors of death. He tells Anurag that he may kill Anurag again. He asks Anurag to better stay away from Prerna. He doesn’t want to tolerate Anurag. He tells Anurag about his bad equation with his dad. He tells that his dad used to torture him and his mum. He presents his childhood trauma.

He reveals that life has made him arrogant because of his childhood trauma. He tells Anurag about his dad’s death, which happened when a live wire electrocuted him. He is happy that his dad passed away. He tells Anurag that he can’t lose Prerna, since she has become an important person for him. He warns Anurag to take lessons from his deeds and change his aim. He shares more of his secrets, untold till now. He doesn’t tell them about his relation with Basus.