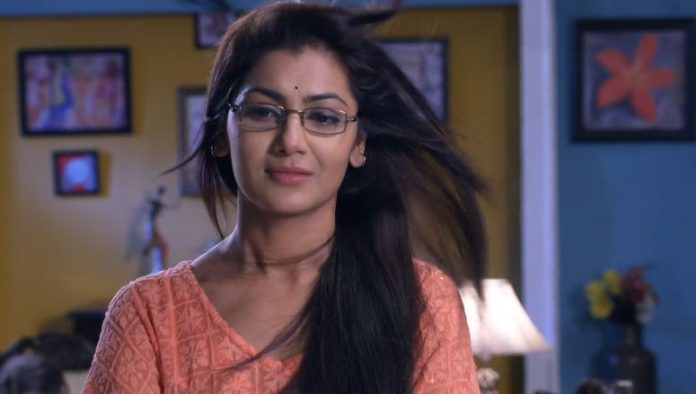 Kumkum Bhagya True love take and twists More Upcomings on Tellyreviews.com Rhea hides from Ranbir about Rohit. Ranbir thinks he was not acting to be jealous, but was actually jealous and thinks if he really likes Prachi. He realizes his feelings for Prachi and couldn’t believe it. Purab tells Abhi that he had gone to meet Disha and said all that whatever he told him that she is alone because of him and he can’t see her loneliness. He says I told that she shall move on.

He tells that she told me that she loves Hritik. Abhi is shocked to hear this. Priyanka comes to Sarita’s house. Pragya tries to make her understand that Rishi was her past and she shall not run after him. Priyanka gets angry and threatens to slits her hand. She asks Pragya to get her married to Rishi else she will commit suicide. Pragya is shocked.

Also read, And TV Gudiya Hamari Sab Pe Bhaari: Sarla wakes up in the morning and sees the white flower turning red. She shows the flower to everyone and tells that Gudiya’s marriage will happen and nobody can stop it. They all get happy.

Main Bhi Ardhangini: Mohini and Piku come to Adhiraj. Adhiraj says I thought you will not come. Mohini says I didn’t come for you. She asks Adhiraj to take all Serpents from there before Vikrant comes there. Piku tells Mohini that her father Vikrant can’t do anything until she is with her. She asks Mohini to become her mother for forever. Mohini accepts her condition to save Adhiraj, Serpents and Topi Danav.