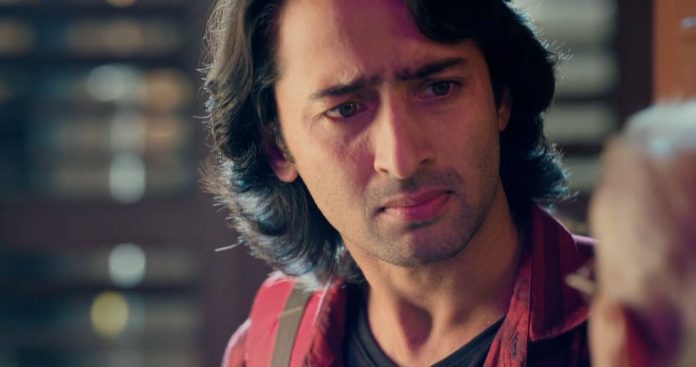 Rishtey Pyaar Twists amidst Abir’s birthday celebrations Meenakshi plans to make Abir and Mehul away. She wants Abir to know Mehul’s truth. Mehul gets emotional on meeting Abir. She doesn’t want Mehul to break the family. She also hides Parul and Kunal’s truth. Parul doesn’t want anyone to know that Kunal is her son. Meenakshi tells Nanu that she has to handle Abir with care. She stays disturbed. She recalls Abir’s childhood temper, since he had always been threatening her of leaving the house. Kuhu tries to pacify Kunal and end his anger. Abir has many questions in his mind. He wants Mehul to take rest and recover completely. He looks ahead to celebrate the birthday with family and Mehul this time. Meenakshi gets support from Parul.

Maheshwaris stays tensed that Mishti didn’t return home. It gets too late. Mishti gets a good news home that Mehul got accepted in the family. She is happy that Meenakshi showed understanding. She tells Varsha that Kuhu has won everyone’s heart in Rajvansh family. She asks her not to worry for Kuhu. Varsha is relieved. Abir attends his dad. Mehul tells him that he doesn’t accuse Meenakshi for whatever happened, but he isn’t wrong either. Mehul tells Abir that every coin has two sides. He explains that Meenakshi and his perception are different, but still he would like to tell the entire truth to Abir. Abir wants to hear the entire story.

He gives time to Mehul. Abir is thankful to Mishti who knew where his real happiness lies. He is happy that she got his dad back. Mishti tells Rajshri that Abir will talk to his family about the alliance once his personal problems end. Rajshri understands the situation and blesses the lovers. Kuhu backbites about Mishti to calm down Kunal. He thinks Kuhu is understanding him and thanks her. The family wishes Abir on his birthday. Abir hears Mishti’s message, which gets heard by Vishwamber too. Abir makes excuses out of shyness. He is very joyful seeing the surprise on his birthday. Kuhu gets the special cake for Abir. Abir looks for his parents.

He gets glad to see them together after a long time. Meenakshi asks Nanu to reveal Mehul’s past to Abir so that Mehul gets speechless. She hopes that Abir kicks out Mehul from the house. Nanu presents the evidences against Mehul and asks Abir and Kunal to decide. Kunal chooses to support Meenakshi. Abir gets confused and wants to know the truth. Abir checks the evidences and wants Mehul to give a clarification. Mehul accepts to make mistakes, but not crimes.