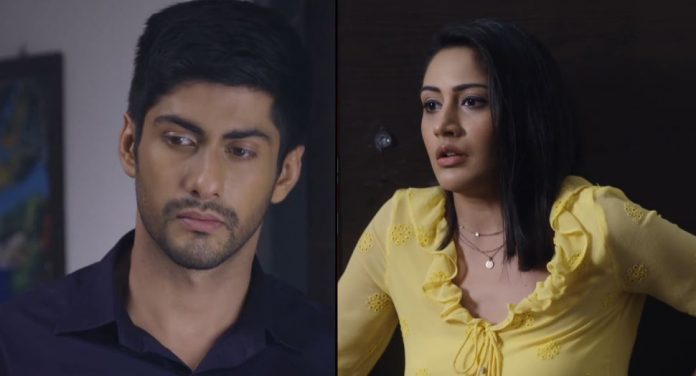 Sanjivani Awkward moment for Sid Ishani Shashank decides to expose Vardaan’s truth. He knows that Vardaan is just seeing the profits for Sanjivani, he isn’t caring for the patients’ lives. Sid and Ishani try to apologize and then get struck by their ego. They don’t apologize and get away again. Shashank first evaluates the votes for Vardaan. He gets surprised when Juhi supports Vardaan. He gets more like shocked when Anjali supports him for the first time. Juhi tells Shashank that the machines aren’t old and very safe to use. Anjali doesn’t think the perfect deal is real.

She tells them that they have to double check if the offer is so perfect. Shashank is happy that Anjali didn’t believe Vardaan. He exposes Vardaan’s lies that he has got old machines, which aren’t safe for use. He tells them that Vardaan is cheating them and also Sanjivani. He asks Juhi to realize his mistake. Juhi gets a huge shock when she finds the real reports very much different. Shashank and Juhi scold Vardaan for risking the patients for money. Anjali supports Shashank. She wants to do her duty of a doctor first. She tells them that she can’t use the faulty machines on her patients.

Juhi gets speechless when Shashank makes her realize the reality. He wants her to differentiate between truth and lies. He knows she is affected by his feelings. He doesn’t want her to get blind in anger. He wants Juhi to take the right strong decisions. She ends up taunting Shashank. He accepts her anger. On the other hand, Sid and Ishani think of each other. Sid thinks if he loves her. He doesn’t want to love her. Asha pulls his leg and challenges him to prove if he doesn’t love Ishani. She tells him that everyone can see his love, just as Ishani’s love is evident. Sid refuses to accept anything such.

He tells Asha that he will prove that he doesn’t love Ishani. He calls his girlfriend to check on his feelings. He starts imagining Ishani. He wonders if Ishani has really entered his heart. He gets romancing her when he visualizes Ishani. Ishani gets too hurt watching them and thinks Sid doesn’t deserve her love. She doesn’t want to lose out on her feelings. She feels jealous and makes a leave, shedding tears. Sid can’t take on more romance. He looks for Ishani. Rahil tells Sid that Ishani left from the hospital. Sid wants her to report to him before leaving. Sid learns that Ishani was much hurt seeing him with his girlfriend. Sid doesn’t want Ishani to stay hurt. He goes to apologize for his mistake. They end up in an awkward situation.