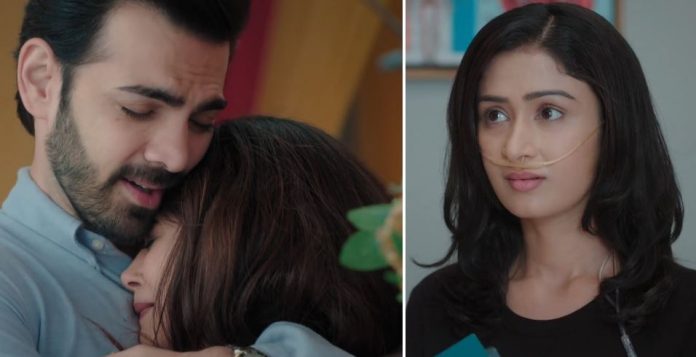 Hotstar Kahaan Hum Today Raima takes a big decision Rohit is helpless to keep the truth hidden from Raima. He doesn’t want to tell Raima that he is in love with Sonakshi. He realizes that his heart has moved on now and he can’t be with Raima again. He wants Raima to focus on her health and get well by strong will power. Raima gets crazy in her talks and hugs Rohit. She tells him that he is the one who helped her recover. She tells that she loves him a lot. He tells her that he loves her too. He wants her to move on as well. She wants to know why Sonakshi came home on Veena’s birthday.

He lies to her that Sonakshi is just a friend. He doesn’t want Raima to get angry. Raima tells him that she hates Sonakshi, who left her to die there. She confronts him about his relationship with Sonakshi. He clearly lies to him to give her mental peace. Sulochana tries to fill Raima’s ears against Sonakshi. She wants to tell Raima about them. She asks Raima to come and meet the family. Rohit knows Sulochana’s intentions and keeps Raima away. Elsewhere, Sonakshi doesn’t react to Sumit’s cheap acts. She stays isolated from others.

Sumit gets bothered seeing her calm behavior. He asks Sonakshi what happened to her that she isn’t fighting her. She tells Sumit that she has got habitual to accept life the way it is. She tells that not everything happens as they want. He asks her why is she talking low. He enquires about Raima. She tells him that Raima is Rohit’s girlfriend. Sumit thinks this is the reason that she is sinking in sorrow. He understands that Sonakshi got ditched in love again. He pities her and offers help. Sonakshi is upset thinking she has lost Rohit completely. Rohit gets Raima’s tests done. Raima wants to be with him.

Her mum wants to take her home. He asks her to let Raima stay with him until she recovers. Raima’s mum warns him against hurting Raima again. She tells him that she won’t forgive him this time if anything happens to Raima. He is sure that nothing will go wrong now. Raima romances Rohit, which makes him uncomfortable. Raima tells him that she is glad that he didn’t move on and believed in their love. She wants Rohit back. She tells him that its their love that he has been waiting for her return. He can’t tell her that he loves Sonakshi. He makes excuses to get away from her. He rushes to meet Sonakshi at her shoot. He gets obstructed by Netra.

He is ready to compensate for stalling the shoot. He takes Sonakshi for a serious talk about Raima. He tells Sonakshi that he had to go to Raima, since he is responsible for her state. He tells her that Raima is still the same, like before. He tells that Raima needs him and he belongs to Raima now. Sonakshi acts selfless and asks him to go to Raima. He asks her if she means this. She breaks down and asks him not to go. Rohit tells her that he didn’t intend to hurt her, he loves her and will never go back to Raima.

They have a happy union, which make them pass in the love test. Rohit and Sonakshi want to deal with Raima’s situation. She reveals his past to Rohit, while Raima learns about Rohit and Sonakshi’s love. Raima is worried and thinks if she should unite the lovers. She decides to make a leave from his life. Will Raima get helpless by her love or stick to her decision for the sake of Rohit’s happiness? Keep reading for Hotstar Kahaan Hum Today.