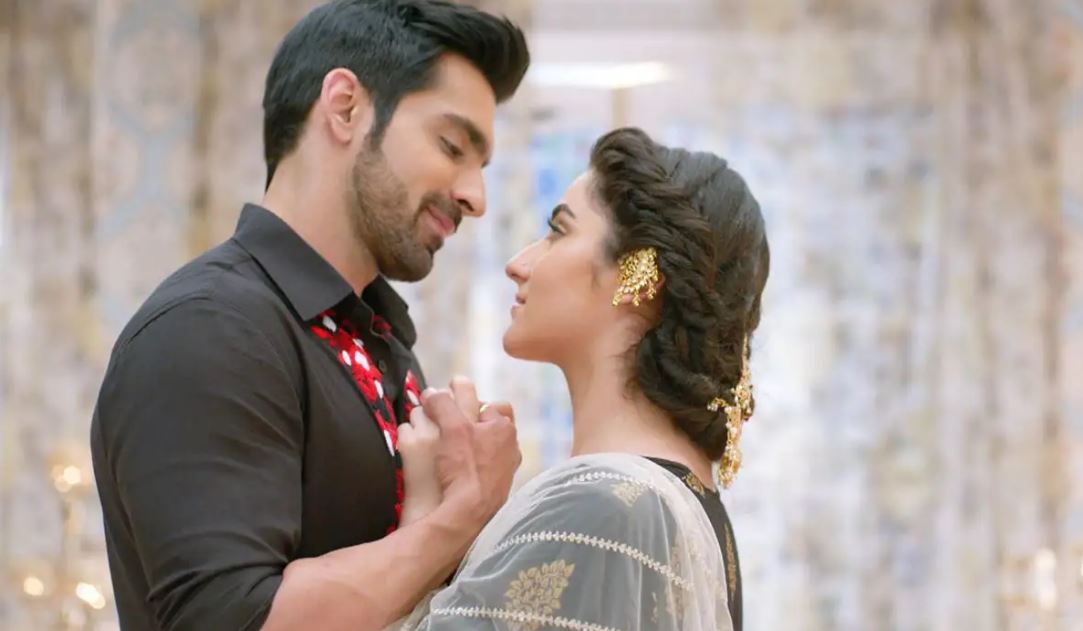 Bahu Begum Sufiyana Pyaar Spoilers Coming week Saltanat learns that Zaroon is caught for Kainat’s murder. Zaroon doesn’t want to meet anyone. He surrenders to the police. He admits that he killed Kainat. Madhav also tries to take the blame on himself to save Saltanat. She tells the inspector that she has killed Kainat in self defense. She tells that Krish was going to get killed by Kainat. She feels Kainat’s death is justified, since Kainat had to die to end her crimes. Madhav takes Saltanat to his house. Saltanat takes Madhav and his family to Shah Manzil, when his house needs pest control.

She asks his family to live with her family for few days until their house gets pests free. The situation brings both the families under the same roof. Saltanat and Madhav try to save Zaroon by explaining the police. She is left with no option than to surrender. Zaroon stops her from landing in lock up. He wants Saltanat to live her life well.

Bahu Begum: Ghazala creates a scene in the party to get Noor humiliated. Razia consoles Noor and asks her to be strong. Noor faces the taunts of the society. Noor felt Shayra has given the dress. Ghazala creates a confusion between Shayra and Noor. She wants to add spice in Azaan’s life by using his two partners. Shayra gracefully changes Ghazala’s plan. She announces a special dance face off. Shayra and Noor happily dance for Azaan. Razia gets calm that Shayra handled the situation well. Noor brings Shayra and Azaan together. Ghazala tries hard to spoil their happiness by reminding the bad past. Noor introduces Shayra as Azaan’s wife. Razia manages to suppress Ghazala’s evil.

Muskaan: Muskaan and Ronak fall in grave danger once again. Gayatri gets worried for them. She senses something unfortunate is going to happen. She prays for her children. Bua and Bunty don’t think Ronak will come home alive. They console Gayatri for a while. Maalik takes Muskaan and Durga to kill them in the Raavan Daahan event. Muskaan misses Ronak a lot. She wishes he returns to her. She can’t live without him. Ronak and Hanumant rush to save Muskaan. Maalik puts Muskaan and Durga inside the huge effigy of Raavan. He thinks none can guess that they are hidden then.

He promises the people to bring good changes in the village. He lights up fire to the Raavan. Ronak makes a stunning entry to shock Maalik. He asks about his wife. Maalik doesn’t reveal him anything. Maalik and Ronak fight for long. Muskaan hears Ronak’s voice and gets big relief that he is alive. Muskaan sends a sign to get Ronak’s attention. Ronak soon proves his heart to heart attention with Muskaan. He saves Muskaan. Ronak and Muskaan encourage the people to bring the change and show their strengths.