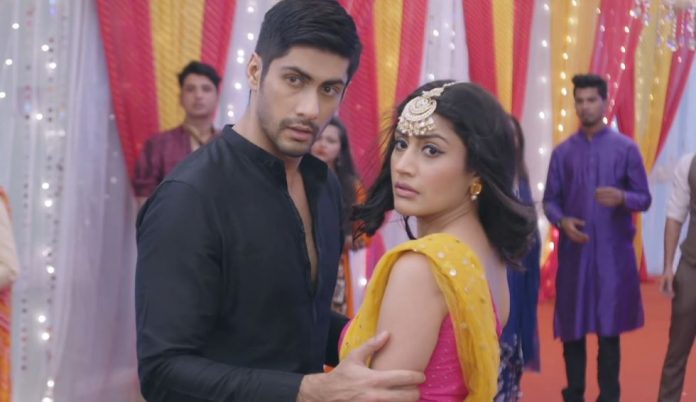 Sanjivani 2 Twists Emotions Love Confessions Jignesh awaits Jessica in their pre-marriage function. Shashank asks him to wait for Jessica and keep patience, women take a lot of time to get ready. Juhi teases him that he also took a lot of time to express his feelings. Shashank gets speechless. Jignesh gets emotional on meeting Jessica. He expresses his love. He tells her that he will always be with her. He doesn’t want to take any secondary support. He takes her to the stage. He wants her to enjoy the pre-marriage functions. Jignesh proves his love for Jessica.

Anjali makes an entry there in a stunning attire, instead the saree given by Vardaan. He gets upset that she didn’t forgive him. He wants to trap her in love. He thinks he has to come up with a bigger plan to trap Anjali. Vardaan is eyeing Sanjivani and wants Anjali on his side. Rahil pulls Sid’s leg about Ishani’s love. Sid and Ishani have a series of romantic moments, cute and funny. They express their feelings while they steal glimpses of each other. Juhi feels Sanjivani is still the same, since the doctors still value relationships with the patient and their love. She observes Sid and Ishani exchanging gestures.

She asks them to kickstart the function with music and dance. Vardaan wants Sid to finish the function on time. Jessica wants to know if Jignesh’s parents if they aren’t happy. Jignesh tells them that his parents are sacrificing their habit of chatting a lot so that Jessica gets recovering soon. He tells about their special prayers for Jessica. Sid and Ishani perform amazing dance. Shashank hides his sickness from Juhi. She gets worried for his state. He doesn’t let her know his condition. She asks him if he loves her.

He tells her that he has answered about his emotions and its up to her if she thinks his emotions are of love. He leaves it for her to decide. A light moment occurs when running short of food is considered as an emergency. While everyone enjoys, Jessica falls critical. Sid and Ishani rush Jessica to the emergency ward for treatment.