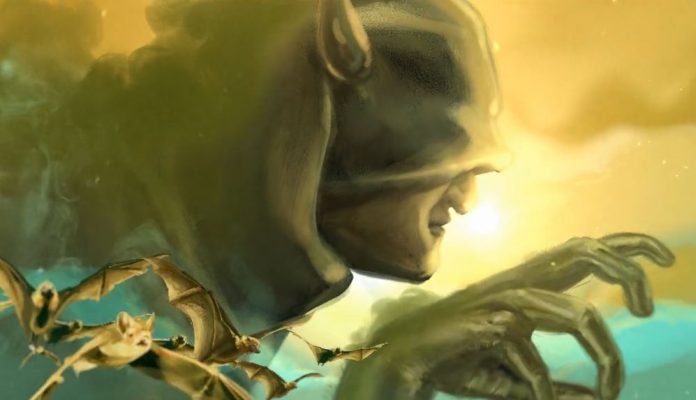 Jadu Hai Jinn Aman witnesses chasing giant Jinn Aman gets trapped by the Jinn’s presence. He gets badly affected by the evil powers. He doesn’t want to hurt his family. He is actually paying a price for his dad’s mistake. The truth behind Aman’s past comes out. Aman gets chained up. The family takes the extreme step to control him. His mum shares the past of how Aman’s dad went to the Jinn to take a favor and instead gave him away to the Jinn. Aman’s dad had the greed to become rich. He couldn’t pay the debt to the landlord.

He loses his pride when he gets bashed up by the landlord. He changes his heart when he loses his pride. He promises his family to give them all the luxuries of life. He wanted to change his fate. He crosses the river to reach the Jinn. He makes the wish to become the richest man in the world. Jinn fulfills his wish. He makes a demand of his first child. Aman’s dad doesn’t care for the price and makes a promise to give his first child. Aman faces the unfortunate time because of his dad’s greed. Aman regrets for his life when he realizes that he has hurt his family. He frees himself. Dadi finds the fire in Aman’s room.

She realizes that Jinn is close to get Aman. She fails Jinn’s plan. She wants Aman to get saved. She didn’t know her son will make such a big mistake and risk the family heir, Aman. Dadi makes attempts to protect Aman from Jinn until Aman gets married. Aman doesn’t know why he is becoming a devil. They prepare him for the engagement. Aman meets his fiancee again. The ring ceremony gets in swing. Jinn tries to get inside the house to get Aman. On the other hand, Roshni makes promises to her mum when the latter finds the damaged car. She goes to the bakery to resume the job. She takes the task to deliver sweets at Aman’s house. Roshni reaches Aman’s house when he gets attacked by the Jinn. Roshni’s step into the house makes the Jinn go away. Roshni becomes a protector for Aman.