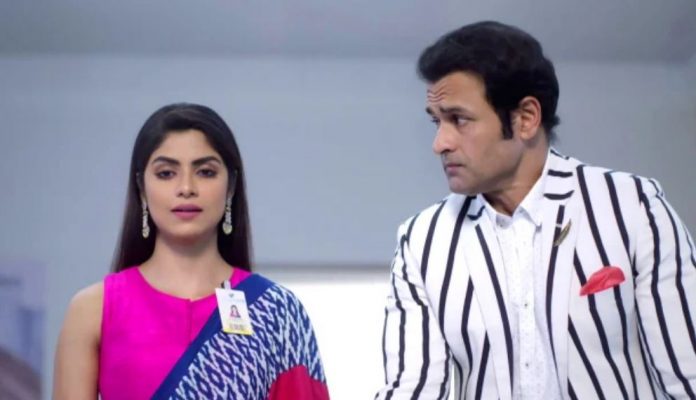 Sanjivani Anjali Shocking reaction Shashank’s love story Sid realizes that he loves Ishani. He doesn’t want to make her life spoiled. He is afraid that things will get worse if he accepts Ishani’s love. Ishani is adamant that she will not let Sid get away from her. Sid and Ishani conduct Jignesh and Jessica’s marriage. They try to not look at each other. They stay together in the marriage function, still much distant. Jignesh tells them that he has a special love vow to make. He wants to be true and loyal companion for Jessica. He tells them that he will always be with Jessica in good and bad times. Jessica is happy to get her true love. Sid and Ishani get emotional when they hear the vow.

Sid breaks down watching the rituals, which reminds him of the past. Sid rushes away. Ishani wants to go to him and find out the reason for his sorrow. She gets stuck because of the rituals. Sid shares his heart with his friend. Sid tells him that he accepts that he loves Ishani, but he can’t take the love story ahead. He wants to finish the story right away. He doesn’t want the history to repeat. Rahil asks him the reason for losing his love. He asks Sid why is he running away from Ishani. Ishani is determined to follow Sid and bound him by her love. She doesn’t want Sid to deny his feelings. She wants Sid to accept their love.

She has seen love in his eyes. She wants Sid to give a chance to their love. Sid shatters with the pain of losing love intentionally. On the other hand, Vardaan finds Anjali shattered. She tells him that Shashank has confessed his love for Juhi, who is much younger to him. She is angered thinking of the humiliation that would follow because of Shashank and Juhi’s relationship. She tells Vardaan that Shashank always valued Juhi. She feels she never mattered to Shashank. Vardaan pacifies her with a motive to win her heart.

He wants revenge on Shashank by snatching Anjali from him. He is sure that Anjali will support him. He takes advantage of Anjali’s shattered state. Vardaan and Anjali spend romantic time, while Jessica’s marriage completes. She waits for Sid so that her farewell can begin. Ishani looks for Sid. Sid bids farewell to Jessica. Jignesh asks Sid not to trouble Ishani. Sid doesn’t want to encourage Ishani’s feelings. He is also hurt within. He finds hard to break Ishani’s hopes. He wants her to focus on her own life, than love.