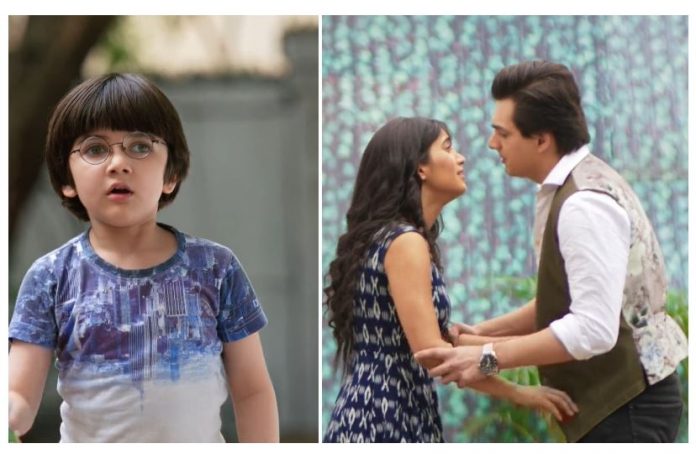 Yeh Rishta Kairav blasts anger Kartik Naira unexpected Kairav finds Kartik and Naira fighting again. He misunderstands seeing them into an argument. Actually, Kartik apologizes to Naira. He wants to tell her that he has done many mistakes in the past and wants her forgiveness. He regrets to hurt her so much. He gets blaming herself. He tells her that he can’t forgive himself for putting her in so much pain. He gets cursing himself. Naira asks him not to hurt himself by feeling guilty. She explains him that he was at fault, but he has already punished himself by concealing himself in sorrow. He tells her that he understands her well now. He feels much sorry and vents anger on himself. Kartik and Naira sort their differences. They argue just to defend each other.

Kairav gets mistaken and assume Kartik is hurting her heart again. He gets too raged and runs to jerk off Kartik. Kartik and Naira get a shock on seeing little Kairav’s heart too hurt because of their argument. They don’t want Kairav to get disturbed. They try to conceal about the custody fight. Kairav tells them that he knows the truth that they were fighting for his custody. Kairav is much upset that they regarded him like a toy and got fighting for him. Kartik and Naira can’t believe that Kairav was aware of the custody battle. They think of the sorrow Kairav has gone through and apologize to him. They promise to never hurt his heart.

Madhav’s wife Rupali makes an entry in his life. She is much evil. Madhav has told Saltanat about his love for someone whom he can never attain in his life. He talks about Saltanat, while she thinks he is in love with his ex-wife. She tries to bring Rupali back in his life to unite them. She wants Madhav to get his love. Madhav and his family knows Rupali’s evil truth. She asks Madhav to forgive her. Rupali begs Madhav to give her a chance.

Indu gets worried and feels Rupali’s coming is a bad omen. Madhav doesn’t accept Rupali. Rupali acts to faint. Madhav doesn’t show concern for her. Saltanat finds Madhav’s hatred for Rupali. She wonders why did Madhav lie that he loves his wife. Madhav and his family shift back to their house. Saltanat meets him often to bring his life on track. Zaroon learns that Madhav loves Saltanat and also shares the truth with her. Saltanat doesn’t believe Zaroon.