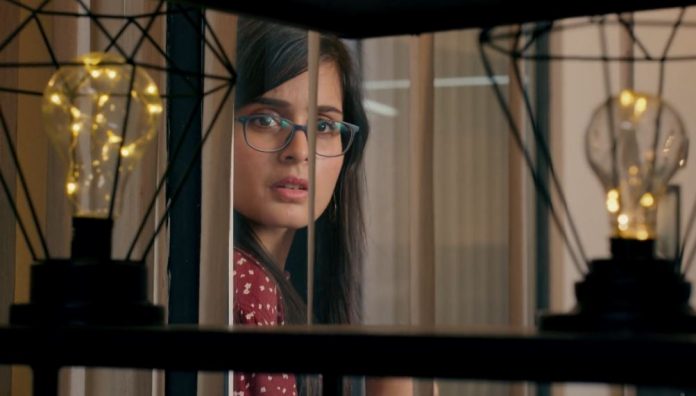 Rishtey Pyar StarPlus Mishti declares stunning decision Mishti will be soon learning the truth that Mehul is evil, he doesn’t love Abir, but wants his property. Mishti is disturbed thinking of Abir’s decision to part ways with his family. She wants to talk to Abir and try to change his decision. She values relations a lot. She comes across Kunal, who still behaves kiddish and stubborn. He doesn’t like Mishti and wants her out of Abir’s life. She asks him to get some sense for himself before bargaining in relations. She doesn’t want Kunal to put Abir in a big fix by asking him to choose any one relation. She explains the meaning of true love and relations to Kunal.

Kunal doesn’t pay heed to her lecture. He just wants his brother. She tells him that he should think of Abir’s happiness if he really loves Abir. She declares that she will never leave from Abir’s life, since she is his happiness. Meanwhile, Meenakshi and Parul are scared seeing Mehul winning all the way. Parul doesn’t want Meenakshi to lose. She decides to break the truth to Kunal. She wants to tell Kunal that he is her son, she was helpless to hand him over to Meenakshi so that he can get good upbringing.

Moreoever, Meenakshi doesn’t want the illegitimacy truth to break Kunal’s heart. She stops Parul from revealing the ugly truth that will draw a line between the brothers. Parul cries out on her fate. Meenakshi loves both her sons. She tells Parul that she will not sacrifice Kunal’s happiness, she will find a way to stop Abir in the family. She calls up Mehul and fixes a meet. She looks ahead to strike a deal with her. Kunal isn’t able to forget Mishti’s rejection. He thinks it will be right if Abir moves out of the house with Mishti.

Abir shops for his new house. He is doubtful that he is making a mistake. Mehul supports him. He wants Abir to stick to his decision. Mishti reminds Abir about the family. Abir knows that she wants to explain him the worth of family. She makes him emotional. She tells him that he can’t stay away from the family. He gets upset. He asks her decision. She chooses to stay with the family forever and win their heart. She tells him that she needs time to make a place in his family. Abir gets stunned and also respects her feelings. Mehul thinks to meet Meenakshi and have a good deal. Abir turns much confused. Mishti tells him that she can’t decide so soon.

Mishti doesn’t know if Abir has decision the right thing. Elsewhere, Kuhu pretends happy in front of Varsha. Varsha shares her thoughts on Abir and Mishti’s alliance. Kuhu wants Abir to get his love. Rajshri asks Mishti to meet Meenakshi and discuss the matter. Mishti agrees. Meenakshi shifts Kunal’s meetings. She meets Mehul. She doesn’t want Kunal will know about it. Mehul is much happy that he has won. He accepts that he was behind the fraud. She calls him a coward to run away. He tells her that he lived a miserable life because of her. He wants revenge on her. She asks him the demands. Mehul is ready to send Abir to her.

He scolds Meenakshi for making his life hell. She tells him that he can’t win this way. He asks her if she can risk the property and business. He asks her to transfer all the assets to him if he wants Mishti. Meenakshi angrily tells him that he doesn’t deserve anything. He promises to fix things for her if she transfers the property. Mishti finds Mehul lying. She wonders what’s the reason. She wonders why is Mehul lying to them so much. Abir will break down when he learns Mehul’s true face. Will Mishti find out Mehul’s vicious plans? Keep reading.