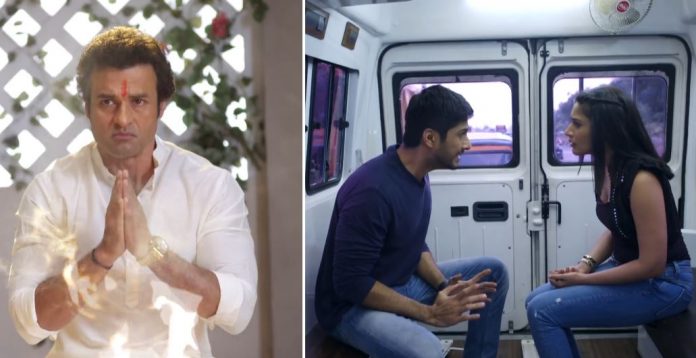 Sanjivani Hotstar unfolds revenge romance mystery Sid learns that Ishani met with an accident. He fears to lose her as he has lost Malvika. He runs to check on Ishani. He gets worried on finding her unconscious. He asks her to get up for his sake. Ishani sees his concern. She catches Sid to get her answers. Ishani wants Sid to accept that he loves her. She plays the same trick as Sid to get some time to talk to him. She doesn’t want Sid to escape. Sid asks her to focus on her work and job. He finds her not listening to him. He then insults her parents. He hurts her old wounds so that she hates him. He wants Ishani to get away from him. He hurts her heart by bitter words.

Meanwhile, Anjali waits for Vardaan in the hospital. She gets angry knowing he isn’t coming to the hospital today. She wants to know if he is fine or not. Vardaan does a big yagya for his sister’s soul peace. He regrets to lose her. He promises to take revenge on Shashank. He holds Shashank responsible for his sister’s death. He wants to ruin Shashank.

Ishani meets her friends and reveals about the challenge given to Sid. She wants Sid to accept his love and propose her. Her friends don’t think this is possible. Ishani tells them that she knows Sid’s love for her. Asha asks her to woo Sid by her beauty and charm. Ishani doesn’t want to try such tricks. Sid announces that he won’t work with Ishani. He wants to work with Asha. He puts Ishani in Rishabh’s team intentionally. Ishani starts making Sid realize his love. Will Sid share his past with Ishani and accept her love? Keep reading.