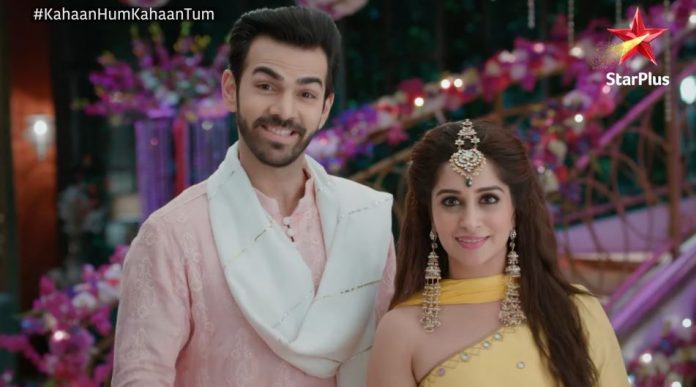 Yeh Rishtey Hai Pyaar Ke:
Kuhu and Kunal celebrate Karwachauth. Its Kuhu’s first happy event when Kunal participates heartily. Kunal doesn’t want Kuhu to sink in sorrow. He wants to be true to her and fulfill her wish to give her happiness. He shows his concern by breaking her fast. Kunal is also falling in love with Kuhu. He feels Kuhu really loves him. He surprises her by keeping a two month anniversary ceremony. Kuhu wonders if Kunal is still acting in front of her family. Kunal asks her not to bring any doubt in mind. Meenakshi also gifts Kuhu. She knows about Kuhu and Kunal’s bad terms. She wants to bring them together. Meenakshi doesn’t want Kunal’s marriage to break.

On the other hand, Mishti reaches Mehul’s house to know the truth about him. She wants to know if he really did the fraud. Mehul suspects Mishti’s intentions. He learns that a girl has been asking about him. Pandit tells Mishti that Mehul has just disgrace to their village. Mishti runs away from Mehul. She doesn’t want him to see her and report to Abir. Mehul wants to inform Abir about Mishti’s hurtful behavior. He gets Mishti’s bangle at his house. He gets sure that Mishti is spying on him. Will Mehul bring troubles for Abir and Mishti?

Ishq SubhanAllah:
Kabeer is in search of Zara. Some goons are after the new Zara. She reaches the charity event and eats food with the kids. She has many troubles in her life. Kabeer will be rescuing her from the goons.

Sufiyana Pyaar Mera:
Rupali hypnotizes Madhav’s family. She makes everyone attack Madhav. Madhav fights Indu to defend the attack. He wants Indu and others to come back to their senses. Rupali has kidnapped Zaroon. Saltanat and Madhav try hard to figure out a solution and save the family.

and save the family.