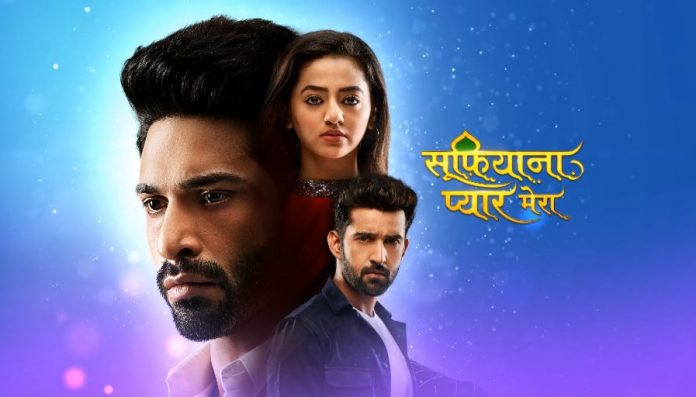 Sufiyana Pyaar Mera marks dramatic closure Rupali shocks Madhav by revealing the fact that she is the owner of the house from now. She tells him that his mother has signed the property papers. Madhav can’t believe this. He gets a bigger shock when Rupali shows Krish’s custody papers signed by him. He knows she is tricking him. He tells them that he didn’t sign any papers. Madhav asks Indu how can she do this. Rupali makes Indu support her. She had forced Indu to sign the papers. Madhav wants to know why is his family behaving weird. Rupali threatens Madhav. Zaroon realizes that Rupali isn’t a good woman, she is not worthy of Madhav. Nilam hides Krish and secures him.

She takes him home. She tells Nadim and Rubina about Rupali’s evil. Rupali has a blood disease and wants Krish to save her life. She is ready to risk Krish’s life. She wants his custody to take him for her motives. Madhav, Zaroon and Saltanat rush home to meet Nilam. Krish tells them that Rupali had held Nilam captive. Nilam tells them that Rupali is evil and has some big motives. Saltanat asks them to trick Rupali by showing that she is winning in her plans. She asks Madhav not to inform the police. She asks him to meet Rupali. Nilam takes care of Krish well.

Saltanat feels sorry. She apologizes to Nilam for not understanding her selfless love for Nilam. Rupali turns mad and kidnaps Zaroon to compel Madhav for giving Krish’s custody. Madhav wants Saltanat’s happiness. He also realizes Nilam’s feelings for him. Madhav saves Zaroon from Rupali. He wants to get away from Saltanat. He doesn’t want to spoil Saltanat and Zaroon’s marriage. Zaroon takes Madhav home. Madhav bids a final farewell to Saltanat and her family. Saltanat finds hard to part ways with Krish. She wants an answer from Madhav about Nilam’s future. Nilam expects a closure on good note.