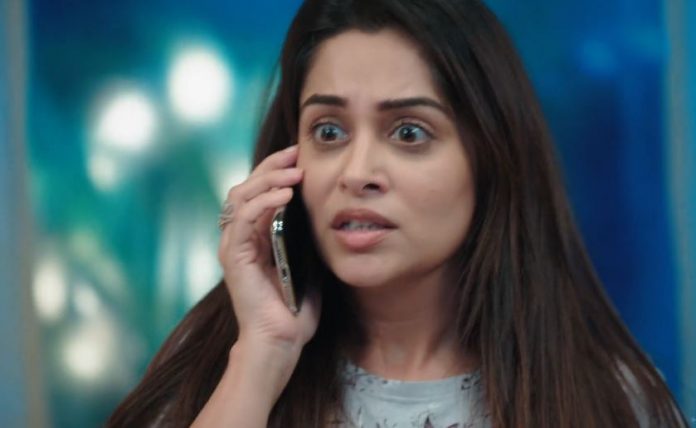 Kahaan Tum Starplus Huge twists prior Ronakshi wedding Sulochana spoils the fun for Sippys and Rastogis. She targets Suman after she fails to brainwash Raima. She tells Suman that Sonakshi will have no value if she gets no share from Rohit’s property and assets. She tells that love doesn’t last forever, its just financial security that can give them a relief. Suman realizes that Sulochana is right. Sulochana asks her to save her daughter’s future. Sonakshi tries to find out what is Rohit planning to do. She invites Rohit in the Mehndi rituals. Rohit tells her that he is too busy and also tired up. He doesn’t want to attend the function and fulfill a good sleep.

Rohit thanks Mahesh for telling the truth to Sonakshi, which led to a romantic union with her. Mahesh gets angry. Rohit and his family fail to keep the secret. Sonakshi learns about Rohit’s bachelors party. She asks Rohit what did he plan and how. Rohit tells her that its Rohan’s plan. The family takes Rohit with them. Sonakshi worries on knowing that the dancers are also coming in the party. She thinks what’s the need for the dancers. She fears that the dancers can do anything wrong. She feels Rohit is too innocent and fall in their trap.

She doesn’t like such parties. Rohit welcomes the dancers, who are none other than his football team. He organizes a football competition, declaring that the losing team will perform dance on item songs. Rohit enjoys with his friends and finishes drinks. Sonakshi gets bad thoughts about Rohit’s crazy night in the party with the female dancers. She calls him to know about the party happenings. She doesn’t learn anything when she calls Rohit and Raima. Raima and Suman are affected by Sulochana’s words. They want to clear their doubts. Raima is worried about Sonakshi’s righteousness, while Suman is concerned about Sonakshi’s future.

Sonakshi calls up Pooja to know about Rohit. She gets a big laugh when she learns about Rohit’s crazy football team in the bachelors party. Suman meets Sonakshi to discuss about her financial security. Sonakshi asks her not to take any tension about her future, since both Rohit and she are independent and doing good in their career. She doesn’t think she will need Rohit’s property to secure her future. She feels she is self sufficient. She doesn’t want Suman to make any mistake by thinking about Rohit’s property. Sonakshi tells that she is very happy with Rohit, who himself is a big asset for her.

She feels secured when Rohit is with her. She convinces Suman. Sonakshi enjoys her Mehndi function. Veena faces her stardom for a while and gets a weird feeling. She feels Naren isn’t completely wrong. Naren gets a huge shock when he learns about Suman enquiring about Rohit’s property and business. He feels Suman is greedy for money and is getting Sonakshi married in Sippy family for her motives. He gets angered and takes the step of getting the pre-nuptial agreement signed by Sonakshi to ensure that the marriage isn’t happening for the sake of money. Rohit realizes that Pooja has played the prank on Sonakshi’s saying and applied Mehndi to his hands.

He feels off and covers up his hands from the family. Sonakshi is stunned to get the pre-nuptial agreement. Naren compels her to sign the papers if she really loves Rohit. What will Sonakshi do now? Keep reading.