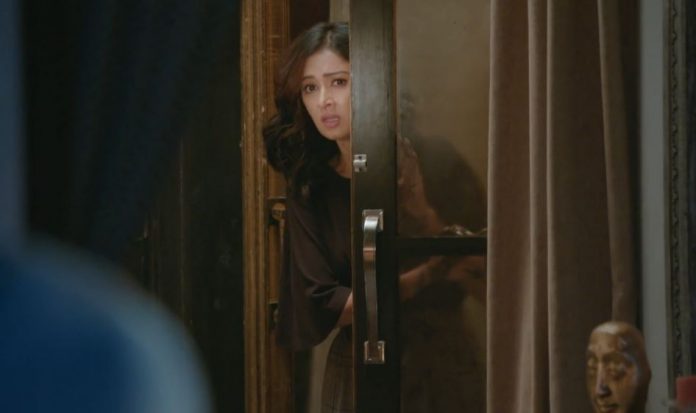 Kahan Hum Raima Shocking move disgusts Rohit Raima feels she was stupid to lose Rohit and give him to Sonakshi. She tries to woo him by breaking all limits. She got too jealous of Sonakshi. She tries to get intimate with Rohit, which leaves him disgusted. He can’t believe her. He tells her that she isn’t the one whom he loved before. He mentions that she is just his past, and Sonakshi is his present and future, he loves Sonakshi a lot. Raima gets mad and tries hard to convince him. She wants him to realize that he loves her, not Sonakshi. He asks her to come to senses. When she doesn’t understand his love for Sonakshi, he slaps her. He tells her that her cheap move has made him ashamed of his love for her before.

He regrets that he was in a relationship with such a girl. He vents anger on her. He asks her to look at herself, how she has changed due to her jealousy. He wants his good friend back, not any psychotic lover in Raima. He throws her out of his room. Sonakshi suspects Mahesh’s intentions. She thinks if he is the stalker, who had tried to molest her. Mahesh wants to kidnap her. On the other hand, Rohit gets angered on Raima again when she intervenes in his life. She packs her bags to leave from his house.

Rohit wants her to leave her ego and realize her mistake that she can’t force her love on him. She asks her not to fall in Sulochana’s words. Sonakshi prepares for her big day. Mahesh gets the shagun from Sippy family. He tries hard to ruin Rohit and Sonakshi’s marriage.

Yeh Jadu Hai Jinn Ka:
Aman didn’t wish to hurt Roshni, but the inner beast of him hurts Roshni. Roshni falls unconscious. Aman passes the night by difficulty. He turns normal when the sun rises. He wakes up and finds Roshni too hurt. He realizes that he has hurt Roshni. He takes care of her, feeling a responsibility. Tabeezi informs Dadi about the evil power of Jinn trying to reach Aman and capture him. She helps Aman further. Dadi reveals her truth that Tabeezi is actually Rubina, a dancer, who is Parveen’s Sautan, the one Junaid fell for. Tabeezi is Aman’s stepmother.

Dadi is grateful to Tabeezi and feels she couldn’t do justice with her. Tabeezi is glad that Dadi has no anger towards her. She knows Dadi has forgiven her for her mistakes. Dadi goes home only to get the news of Aman hurting Roshni. Aman tells her that Roshni will file the police complaint against him. Dadi doesn’t think so, since Roshni has a heart of gold. He wants to take Roshni to the hospital, but Dadi doesn’t want to take risk. She asks Aman to arrange the medical aid for Roshni at home. Aman looks after Roshni. They come closer. Roshni gets falling for his humane side.