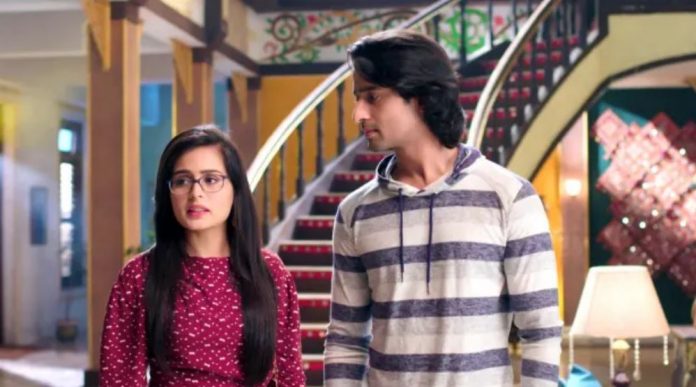 Ye Rishte Pyaarr Kidnapping track Truth reaches Mishti Mishti discovers shocking truth about Mehul and Parul. She asks the villagers about Meenakshi. She wonders how no one knows about Meenakshi. Pandit confirms to her that Parul was pregnant and visited the temple often. Mishti gets worried knowing Parul was Mehul’s wife. Kuhu awaits Mishti and prepares everything for her. Kuhu misleads Rajshri and covers up for Mishti’s absence. Rajshri realizes that Mishti has gone to Rajgarh. She calls up Abir to clear her doubt. She realizes that Mishti didn’t inform Abir anything. She gets Mishti’s emotional letter and decides to support her. Mishti wants her answers about Abir’s father.

She knows he loves his family a lot and deserves them. She wants Abir to know the truth so that he supports the truth. She thinks to save Abir from the deceive. She gears up to find out if Mehul is a right or wrong person. Rajshri wishes that Mishti learns the truth on time and makes her proud. Mishti helps a village lady Lalita, who turns out to be Parul’s sister. Lalita prays to find her only sister Parul. She just wants to get the news of Parul’s well being from Mishti. Mishti gets into disbelief knowing Mehul married Parul and also Meenakshi, he had cheated both of them. Mishti starts hating Mehul.

Mishti wants to know who is Parul’s child if she was pregnant at the time when she went to Rajkot. Abir sends a romantic message to Mishti. Mehul tells him that he is worried for Kunal’s reaction on his engagement. He asks Abir to get ready well. He makes Abir emotional. Abir gets upset thinking Kunal won’t be supporting him. Kunal surprises Abir on his special day by assuring that nothing will go wrong. Abir gets touched on hearing Kunal’s humble words. Kunal wishes that Abir’s happiness gets secured.

Mehul didn’t expect Kunal to join Abir. Kunal tells Abir that he will make him ready for the function. Mishti gets it confirmed from Lalita that Kunal is Parul’s son. She can’t believe the truth. She thinks Abir deserves to know the truth. Lalita tells Mishti the truth of Mehul and Parul’s marriage. She tells about Mehul’s fraud which led Parul to shift to Rajkot. Mishti tells Lalita that she knows about Parul and Kunal. She wants to take Lalita to Parul so that Abir hears the truth himself. Mishti feels glad to get the entire truth so soon. She now has a bigger responsibility to convince Abir about Mehul’s evil. Mehul gets informed that Mishti is finding his background in Rajgarh.

Mishti rushes to call Abir to reveal the truth. She gets hindered by the police for a while. Abir gets happy when he finds the entire family enthusiastic and happy for him. Kunal tells Abir that they will have a time out so that their fight stops right here. He doesn’t want Abir to lose his happiness. He makes sure that Abir’s engagement gets memorable. Mehul wants to get the property and make a leave. He has no interest in living with his sons. Kunal and Abir have their sweet sibling moment. Rajshri and Kuhu cover up for Mishti once again when the family questions. Vishwamber wants Mishti to be home soon, since Rajvansh family is going to arrive. Mehul sends his goons to kidnap Mishti, who has learnt his criminal records as well.