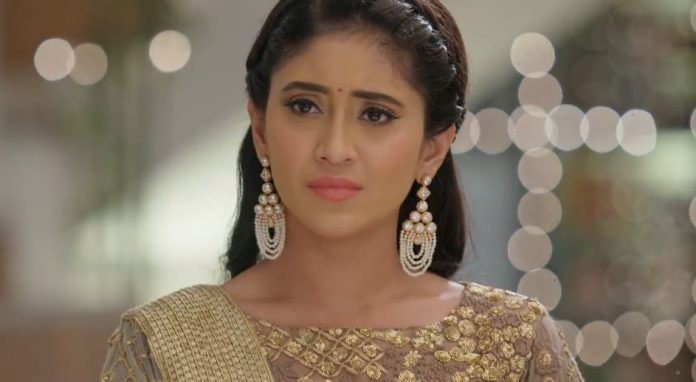 Yeh Rishta Kairav Shocking demand scares Naira Kartik and Naira try to impress Kairav. Kairav wants Naira to win the match. He asks her to hurry up. He finds Kartik giving an attitude. He ends up getting hurt. Kartik cares for him like usual. Kairav feels good to hear good words from him. He smiles for a moment and then turns angry again by recalling Naira’s tears. Kartik intentionally loses the match to make Naira win and fulfill Kairav’s wish. Kairav’s wish matters a lot to him. Kairav tells Naira that he knows Kartik didn’t win intentionally for their sake. His anger gets calming. Kartik and Naira joke around about their drama to impress Kairav.

Kairav gets into a new misunderstanding. He learns about their drama. He gets too upset. He feels Kartik is really bad to scold Naira. He doesn’t like him. He wants to get away from him. Naira suspects Surekha once again. Naira wonders what is Surekha hiding. Kairav comes up with a shocking demand. He asks Naira to order a new dad for him, since he doesn’t like Kartik, a bad person. He wants to have a good person as his dad. This shocks Kartik the most. Kartik gets disheartened. Naira tries to make Kairav realize his mistake. Kairav gets stubborn again. Dadi is worried that they are celebrating the festive without any enthusiasm.

She misses her old happy family. She is happy that Kairav is with them. She wants Kairav to stay happy with Kartik. She also misses Vedika, who is Kartik’s wife now. She doesn’t know how to bless Naira. Suwarna encourages her to have a positive thinking since the family is still closely knit. Dadi asks Naira to perform the puja with Kairav. Naira gets happy. Samarth and Vansh enquire about Kartik. They realize that Kartik has gone for some work. Kairav expresses his dislike for Kartik who always fakes his work and doesn’t give time to family whenever needed.

He criticizes Kartik. Naira gets upset on hearing him. Kartik takes a big move to fulfill Kairav’s wish. Kartik gets into a disguise to become Kairav’s new dad. Kairav gets too happy. Kartik happily dances with his son to win his heart and please him forever. Kairav feels a new positivity when he gets a new dad. He tells that his old dad isn’t good at heart, that’s why he asked for a new dad. He is thankful to Naira for ordering the new dad. Naira is afraid that Kairav may learn Kartik’s plan and get more against him.