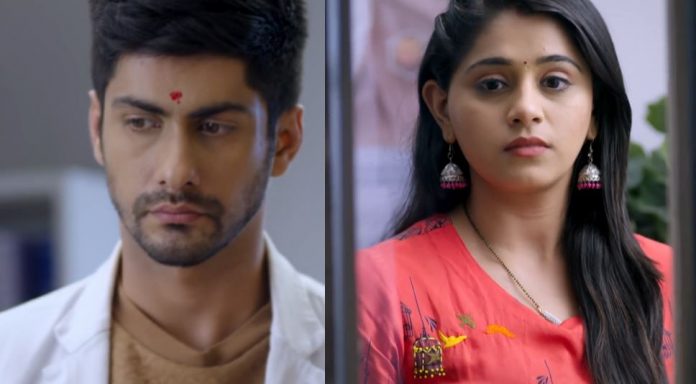 Sanjivanii Starplus Sid loses all Asha plays evil Ishani is happy that Sid has got a golden chance in his career. She is sure that he will soon get famous after completing the high profile case surgery. Another patient gets admitted in Sanjivani just to get the surgery performed by Sid. Sid gets many fans by his immense talent. The doctors appreciate Sid’s talent and fame. Vardaan assigns the surgery to Sid. He summons Sid for the surgery. He asks Asha to play the drama to stop Sid at home. Asha pretends to fall inside the washroom and keeps Sid engaged at home.

Sid worries for Asha and encourages her to at least reach the door. Asha enjoys fooling him. Sid gets stuck at home while he has to rush to the hospital. Neil worries that the patient is administered with anaesthesia. He wants Sid to come in time, else patient’s life can get into risk. Vardaan comments on Sid’s careless behavior. He wants to take the matter to the board and reprimand Sid for his negligence towards a patient’s life. Shashank learns about Sid’s absence. He assigns the surgery to Juhi. Vardaan argues with Ishani and asks her to value the patient’s life first. Sid breaks the door and rescues Asha.

Vardaan threatens to fire Sid from the job. Shashank doesn’t want Vardaan to take any extreme step. Sid reaches hospital and gets confronted by Shashank. Sid tells them the truth about Asha’s emergency. Shashank doesn’t want him to come with petty excuses. He gives the chance to Sid and asks him to be well prepared for the surgery due in evening. Sid wants to give his best and promises the same. Vardaan wanted to ruin Sid’s confidence so that Sid commits some mistake in the important surgery. Asha supports Vardaan in his evil plans, being helpless to hide her pregnancy truth from her parents.

She seems to be enjoying troubling Sid and Ishani. Vardaan tells Asha that she has to get ready with their next move. Ishani finds Sid in guilt and asks him to better think ahead. She wants Sid to focus on his upcoming task. She motivates him and assists him in his preparation. Vardaan doesn’t want Sid to get saved. He wants to blame Shashank for Sid’s mistake and weaken his place in Sanjivani. Vardaan calls the fake media to create a scene and insult Sid. He asks Asha to come to Sanjivani and assist him in his plans. He drugs the temple offerings for Sid. He wants Sid’s goodness to sink his career. Sid consumes the drugged sweets given by Asha.

He doesn’t doubt Asha. Asha and Vardaan make Sid lose his senses during his surgery. They want Sid to have his career ruined. Sid had married Asha to save her dignity and protect her unborn child from her family and society. Sid wanted to change the child’s fate from being called an illegitimate. Sid’s goodness doesn’t touch Asha’s heart. She gets conspiring to ruin Sid’s career and also his relationship with Ishani. Asha gets undeserving of Sid and stains the beautiful relation of trust and relationship.