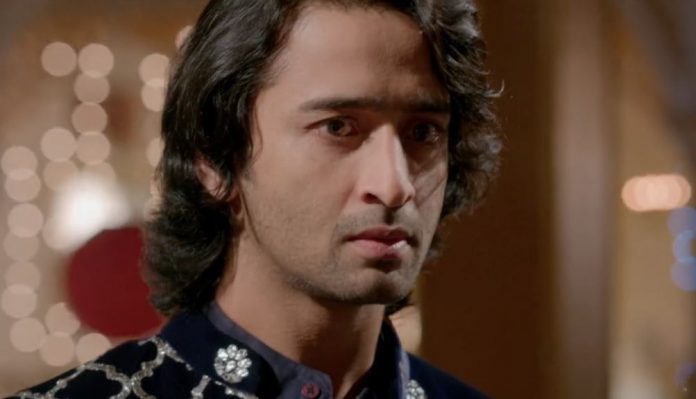 Yeh Rishtey Pyar Abir witnesses the unthinkable Meenakshi blames Mehul for kidnapping Mishti. She tells that he was afraid of getting his truth exposed by Mishti. She asks why is he asking for property papers, she isn’t going to give him anything. She threatens to call police. He throws her phone away. He tells her that she can’t scare him, this mess is a little issue for him. He is sure that Abir won’t believe him. Meenakshi gets her phone to call Kunal. She wants Kunal to get Abir home so that they learn Mehul’s truth. Kunal gets a huge shock when he hears Mehul threatening Meenakshi. He rushes to inform Abir.

Meanwhile, Mishti wants to tell Abir about the secret. She wants to reveal Mehul’s truth. Abir asks her if she changed her mind and won’t marry him. He asks her not to manipulate him. She promises to always love him and stay with him. Kunal informs Abir that Meenakshi is in deep trouble, her life is in danger. Mishti believes Kunal. She asks Abir to help Meenakshi. She wants him to trust Meenakshi, since Meenakshi won’t lie to him. Abir gets confused when Kunal tells him that Mehul was threatening Meenakshi. He can’t believe that his beloved dad can turn evil. Meenakshi tells Mehul that he can never win. She waits for Kunal and Abir. Mehul doesn’t know her plan. He threatens to kill her.

He wants to make Abir away from her by revealing the truth that Kunal is his stepbrother. Meenakshi doesn’t want Abir and Kunal to know the truth. She refuses to sign the papers. He accepts that he had cheated her by marrying her. He accepts that he cheated both his wives, and left behind his sons. He tells her that he will get away with the property. Mehul provokes Meenakshi by targeting her weakness, Kunal. He threatens to break her sons’ unity. She warns him against telling the truth. She loves both her sons. She threatens to kill him if he targets her sons.

Abir and Kunal reach home and get into a disbelief, when Mehul tricks them and proves Meenakshi wrong. Abir feels Meenakshi is cheating him. Mehul blames Meenakshi for bribing him to send him away from their lives. Mishti asks Rajvansh family to go home and support Abir and Kunal. She gets emotional when she talks to Parul. After they leave, Mishti reveals Mehul’s truth to Maheshwaris. She tells them that Mehul wants to get Abir framed in the fraud case, he is evil-minded. She is relieved that Abir didn’t sign the name change application document.

She doesn’t want Abir to face this breakdown in front of everyone. She wants Abir to witness this truth and handle himself, without facing any embarrassment. Vishwamber promises to support Abir and Mishti. Meenakshi and Mehul blame each other. Kunal sides with Meenakshi, while Abir supports Mehul. Kunal asks Mehul to leave. Abir takes a stand for Mehul. Kunal defends Meenakshi from wrong evidences. Meenakshi is ready to get away from Abir’s life for the sake of his happiness. Rajvansh family watch the dramatic fight. Abir decides to leave the house, shockingly. Rajvanshs break down with his move. Abir learns Mehul’s truth, when angers the latter by refusing to accept any property.