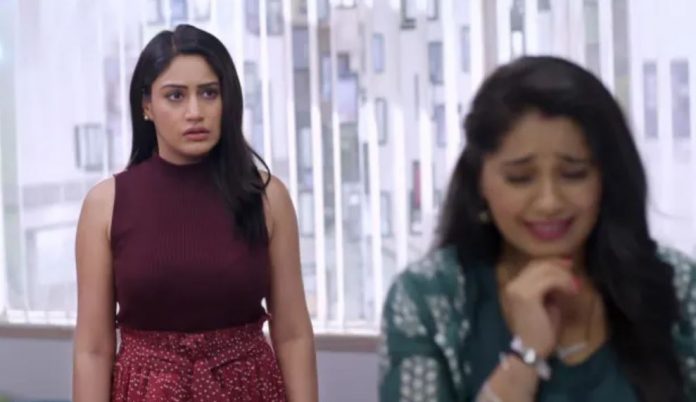 Sanjivani 2 Guddan Huge conspiracies Big twists Akshat attends his friend Vikrant’s engagement. Guddan saves Akshat from Alisha and Parv’s plan. Akshat and Guddan get into romance mode when they become part of the haldi ceremony. Guddan and Akshat apply haldi to Vikrant and his would be wife. Akshat wants to relive his golden days. Akshat recalls Guddan and his haldi, which happened at the pool side unknowingly. He takes Guddan to the pool side. He reminds Guddan their past moment. He applies haldi to Guddan. They have fun moments.

Guddan runs away to save her pretty dress. Akshat gets kiddish, being in her company. Alisha wants to stop their romance. Alisha plans to replace the bride and sit in the mandap if she fails to stop the marriage. She wants to blame Vikrant for the bride swap. She wants Akshat and Guddan to get troubled.

Sanjivani: Ishani gets a lovely surprise when Sid gets her favorite food. He also leaves a balloon to thank her. She realizes that he is still there. She eats her favorite food. She asks him to join her, if he is still there. Ishani and Sid share the food and get into a series of moments. They take care of each other. They are content that they love each other and nothing else matters to them. Once Sid leaves, she thinks of speaking to Guddu.

Guddu tells Ishani that he would have not left from the house if Asha didn’t instigate him. She doesn’t think Asha is wrong, until he reveals Asha’s lie. He tells her that he saw Asha in the market and shouted to take help, but Asha didn’t help as if she was doing this intentionally. He doesn’t know why Asha lied to Sid. He finds her a terrible person. He tells Ishani that Asha isn’t right for the family. He wanted Sid to marry Ishani. Ishani can’t believe that Asha is such evil to play with Sid’s career. She wants to find the truth.

Sid returns to his workplace, Sanjivani. He is happy to get a second chance. He wants to prove his talents and win hearts again. He aims to make Shashank proud. Vardaan wants to fire Sid on finding his next mistake committed. He insults Sid to break his courage. He reminds Sid about the probation period. He asks Sid not to prove the board’s decision wrong by doing anything wrong again. He leaves Sid with a warning. Sid doesn’t care for Vardaan’s warning, which was much expected. Vardaan doesn’t forgive him. He vents his frustration on Sid. Asha asks him the next plan.

Vardaan tells Asha that Sid always wants to become a hero for helpless poor patients, he will definitely commit a mistake, which they have to use against Sid. He thinks they will get the chance to catch Sid red-handed soon. Ishani tries to evaluate Asha’s lies and involvement in Sid’s dragging incident. She thinks Asha and Vardaan are involved. Sid gets too upset when he finds the staff and patients losing faith on him. Rishabh picks up Sid’s cases. Sid wants work. He wants to save lives. Meanwhile, Ishani confronts Asha about drugging Sid deliberately.

Asha can’t believe that Ishani is doubting her. She acts to commit suicide to get Ishani’s sympathy. She lies about Guddu too. She misleads Ishani. Ishani falls in her tears trap. Ishita doesn’t want Asha to take any wrong step. Sid takes a risky case in hand, while Ishani worries for his career. Vardaan wants Sid’s mistake to go against his career.