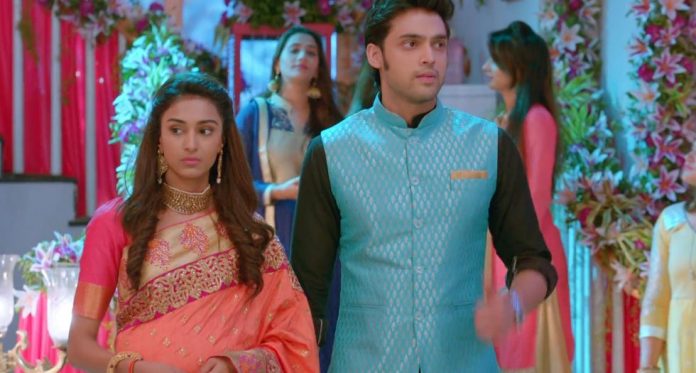 Kasauti Zindagii Ki Starplus Deadly attack on Prerna Prerna gets more certain like Sonalika is Komolika. She wants to test Sonalika in the same situation in which Komolika fell. She goes on observing her behavior. She knows that Komolika doesn’t believe in forgiving. She wants to see if Sonalika also vents out her anger in the same way as Komolika. Komolika suppressed her anger to get away and vent out. Prerna follows her. Anurag asks Prerna why is she hiding. Prerna makes an excuse to get saved from him. Prerna sends him away and goes after Komolika.

She watches Komolika reacting the same way as before. She finds Komolika burning her dupatta in anger. Komolika feels hatred for poor people. Prerna realizes that Komolika is really back. She doesn’t know how is this happening. Komolika doesn’t get rid of her evil nature, like she got a new face. She gets caught by Prerna. Komolika finds Ronit there. She doesn’t want him to meet her in front of anyone. She wants to stop him from coming inside. She calls him to alert him. When he doesn’t answer the call, she tries to go to him and send him away. Mohini and Anurag look for her.

They see her and try to introduce her to guests. Komolika gets busy in her own plans. She ignores Mohini, which irks the latter a bit. Anurag tells her that he was looking for her since long. Komolika takes some time off. Anurag gets a chance to dance with Prerna. He requests Prerna for a dance. He surprises her by telling that they have danced before as well. She gets hopeful that he is remembering things. He tells her that he came across their old picture in which they are seen dancing together. He tells Prerna that he would like to dance with her again. Prerna and Anurag gracefully dance on a romantic song, just like old times. Prerna cherishes her memories.

Anurag tells her that he lost his old memories, but wants to make new ones with her. She gets glad to hear positive things from him. They enjoy the dance, which angers Komolika and Mohini. Anupam wishes that Anurag and Prerna always stayed happy together. Shivani too wants them to unite. She knows their happiness lies in each other. Komolika loses her cool. She rushes to meet Ronit. She reprimands him for coming to meet Shivani in the party. He clears out that he isn’t aware of Shivani’s presence, he just came on his friend’s call. He tells that he didn’t know about Basus either.

Shivani finds her angry and jealous. She thinks its her normal reaction. She follows Komolika and finds her with Ronit. She gets a huge shock and realizes that Sonalika is really Komolika. She fails to hear their conversation. Komolika tells Ronit how Prerna is ruining her happiness. He tells her that they have already done a lot to ruin Prerna, but there is nothing good happening. He asks her what would she do next. She tells him that she wants to end Prerna’s life. She wants to kill Prerna. Ronit tells her that he will do this big work, since he also wants revenge on Prerna.

He asks her to give him a chance. She agrees to him. She asks him to kill Prerna on the same time. Shivani hides from them and makes a way to Prerna to tell Komolika’s truth. Ronit tells Komolika that he will kill Prerna in the party. Anurag takes care of Prerna’s baby. She is touched by his caring gesture. She is much glad to get his company. He enquires about her husband. She makes a story to cover up the truth. Shivani informs her that Sonalika is Komolika. Ronit plans the deadly attack to kill Prerna. Will Anurag be able to save Prerna? Keep reading.

Reviewed Rating for this particular episode of Kasauti Zindagii Ki Starplus: 4/5
This rating is solely based on the opinion of the writer. You may post your take on the show in the comment section below.