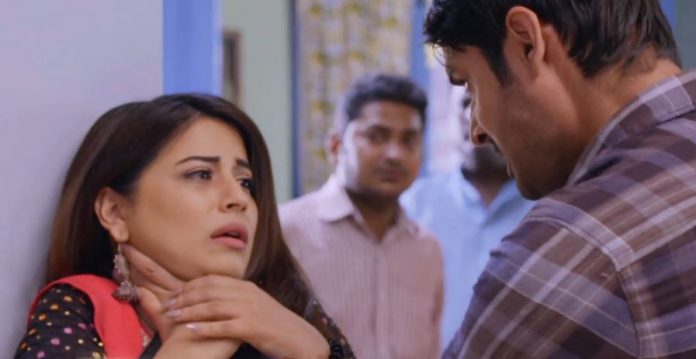 Nimki Vidhayak Starplus Nazar Upcoming Twists Nimki realizes her mistake about shooting Nimki. She wants to apologize to Mintu. She meets him again and apologizes. Mintu doesn’t want to forgive her. Chachi asks Nimki what had happened, if Mintu agreed to her, if they would have to go home. She gets up from the stretcher and tells that they will go home. Inspector takes Mintu’s statement. Nimki thinks Mintu will tell her name and get her arrested. Inspector tells Nimki that Mintu didn’t take her name, he doesn’t remember about her, he has lost his partial memory.

He calls Nimki lucky that she won’t face any troubles now. Chachi tells her that she is free all thanks to Nimki. Nimki doesn’t get happy. Chachi asks her why isn’t she happy if she is not going to jail. Nimki wanted Mintu’s forgiveness, but his sympathy and ignorance. She feels Mintu doesn’t want to keep any terms with her, not even of hatred.

Mohana gets a huge shock when Ansh kills Angad before the marriage. Mohana turns into a widow on her marriage day. Ansh got the horns of Singha and learnt that Angad has evil intentions to marry Mohana. He tells everyone that Angad wanted to marry Mohana and gain her powers.

He tells that Angad would have killed Mohana after snatching her powers. He fights Angad. He attacks Angad with the horns. Angad dies in front of Mohana. Mohana doesn’t believe Ansh. She breaks down on seeing Angad dying in her lap. She gets raging.

She reprimands Ansh for snatching her would be husband. She asks Ansh why didn’t he find any solution than killing Angad. Ansh doesn’t clarify to her. He knew that she is a Daayan and can never change. He feels she will cheat them again. He doesn’t want Mohana to become a threat for them again. He was helpless to kill Angad. Piya consoles Mohana for losing her love. Mohana threatens to ruin Ansh and Piya. She is in shock for losing her love forever.