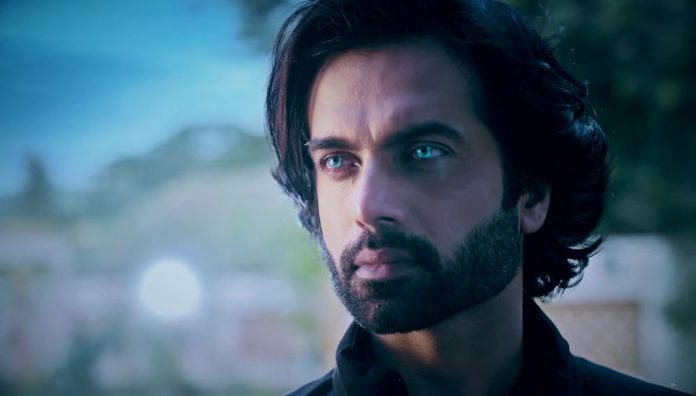 Star Plus New Entry Yeh Jadu Hai Jinn Ka Today Salma and Saima bring out Roshni’s truth. They tell Aman that Roshni isn’t wrong, she had lied to save them from troubles. Salma tells him that he didn’t understand Roshni’s heart and ousted her from the house as if she never mattered to him. She tells him that he would have not judged his family this way and try to analyze the matter, but he didn’t show any faith on Roshni. Aman breaks down and misses Roshni. He sheds tears and shares his pain with his family. Dadi tells him that they should bring Roshni home.

Aman goes to Salma’s house and learns that Roshni has already left the house. He feels guilty that he broke Roshni’s heart and made her away. He angrily thrashes his car to damage it completely. Raakh Jinn gets her powers multiplied. She promises to free her owner. She frees the Jinn from the lamp locked by Aman. Aman and his family aren’t aware of this. The Jinn gets free and takes a human form. Aman’s house faces a storm. Parveen gets to see the Jinn escaping. She is worried and shares it with Dadi.

Dadi tells them that they have less time to save Aman from the Jinn. Jinn doesn’t see Aman in sorrow. He wants to find Aman and begins his chase. Aman fails to find Roshni anywhere. He returns home and pretends to be normal. He hides his tears. He tells the family that he isn’t affected by Roshni’s leaving. He tells that his marriage was a deal and now he is okay to be alone. He feels the danger can be dealt well. He states that he doesn’t love Roshni. Jinn begins to cast powers on Aman.

Aman loses his goodness when the devil inside him overpowers. He gets possessed by evil powers. His demi Jinn avatar creates a havoc in his house. Roshni’s absence ruins the family peace. The family wants to get Roshni back for damage control. They know just Roshni can stop Aman from getting possessed by the Jinn completely.