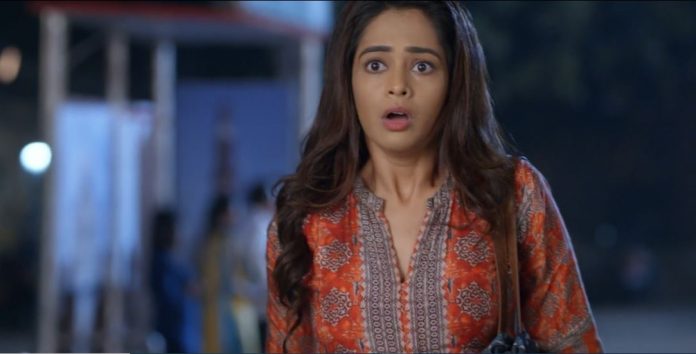 Kumkum Bhagyaa Prachi Ranbir Upcoming twists Aaliya gets into a confrontation with Purab. She tells him that she will not forgive him. She wants him to end their relation as per his big claims. She challenges him, knowing he has no courage to leave her. He asks her to better change herself, else face the rejection. Abhi witnesses their ugly argument. Aaliya demands Purab to tell the truth to Aryan before leaving her. She asks Abhi if he trusts her or not. She gets emotional that Abhi will never help her. Abhi reprimands her misdeed for committing Disha’s accident intentionally. She plays a drama to win their trust. Abhi and Purab know her temper and hatred for Disha.

She threatens to tell the truth to Aryan. She goes to tell Aryan about his birth. Purab covers up the truth. She asks Purab why is he concealing the matter. Purab loves Aryan a lot. He doesn’t want Aryan to know anything. Purab doesn’t want to lose Aryan. Abhi advised him to stop Aaliya from revealing the truth. Purab is grateful to Abhi for the right advice. Aaliya tells Aryan that she loves him the most. She doesn’t want Purab to anger her next time. Sanju meets a goon to get rid of the waiter. Sanju hires him to get Sunil killed. He gives Sunil’s address to him. He misleads Sunil that he is coming soon to meet him.

Meanwhile, Ranbir and Prachi have their usual arguments on the way. He gets upset that she doesn’t want to talk to him. She gets scared when he speeds the car intentionally knowing her phobia. He irritates her. He drops her midway. She sees some goons and turns scared. She tells Shahana that she had seen some goons, and felt that they are going for some wrong work. Rhea turns angry seeing Sanju in the city. She scolds him for not going back to his village. Sanju asks her why would he leave, like she owns the city. He tells her that he has come to meet Prachi.

He tries to befriend her. He tells that her help was useless for her. He doesn’t want her help. He tells that Sunil is blackmailing him. She tells him that Sunil may trouble him as well. Sanju tells her that he will solve the mess. She doesn’t want her name to get involved. Ranbir is frustrated because of Prachi’s pestering. He tells Dida that he is going to come home. Dida asks him if he dropped Prachi midway. She commands him to drop her home. Ranbir gets compelled to be her good boy and help the girl. Will Prachi and Ranbir figure out about Sanju and Rhea’s plan to defame Prachi? Keep reading.