Yeh Rishta Starplus Engagement surprise for Kartik Naira Kairav wants an early date for the marriage of his mum and dad. Kartik and Naira return from the court. They couldn’t proceed the divorce because of Vedika’s late coming. Naira tells Kairav that they have to plan the functions well. Naira tells him that they can’t marry so soon because of some permissions required for the big event. She convinces Kairav not to get upset. Kairav wants them to marry soon. The families support Kartik and Naira. Kartik tells Naira that they have been facing this since they have played with their fate before.

He tells that their destiny is playing unfair now to teach them a lesson. He tells that they can elope and marry if they want to trick their destiny. Naira doesn’t want to marry that way, since its important for them to marry for Kairav’s sake. They want Kairav to witness their remarriage. Kartik and Naira spend special moments. They promise to be together. They want to keep patience until they marry in a legalized way. Naira tells him that she will not let him down and romance him. She promises to date him every day after their marriage. They have a cute romance and dance with joy. Kairav hugs them.

A short leap is shown in the story. Kairav takes Gabbar’s avatar to scare the family and reprimand them for not being able to choose Kartik and Naira’s engagement rings. The family laughs on hearing his cute talks. They blame Manish for watching Sholay movie with Kairav and inspired him to become Gabbar. Kairav decides to choose their rings. Kartik and Naira are seen spending time in the park. They are glad to get permissions for their togetherness from their supportive families. They get summoned by Dadi, who tells about Kairav’s Gabbar avatar. They blame each other for pampering their naughty kid.

They reach home and learn that little Kairav is selecting their engagement ring. The family alerts Kartik and Naira about Kairav’s kiddish choice. Kartik and Naira rush to Kairav and find him innocently choosing plastic smiley rings. They don’t want such rings for their engagement. They want each other to convince Kairav and change his choice. They get into a sweet argument. They try to request Kairav to change the ring. Kairav knows that they are planning something and appearing funny like always. They see the smiley cartoon rings. Kairav doesn’t entertain their request. He asks them to continue their funny antics.

Kartik asks Naira to be ready to wear cartoon rings in the engagement. Kartik and Naira try different thing to convince Kairav. Kairav proves that he isn’t a kid now and knows their plans. Kartik and Naira lie to the family that the rings are good. They ask Manish not to show any hindi movies to Kairav again, since Kairav is turning clever to outsmart them. They don’t have courage to spoil Kairav’s happy mood.

Being good parents, they accept to look funny for the sake of their son. Kartik and Naira’s engagement will be seen. Kairav brings rings for them to surprise. Kartik and Naira get tensed about the cartoon rings. Kairav changes the rings according to their choices in the last moment, knowing them really well. 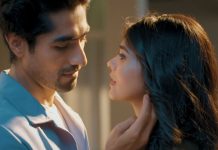 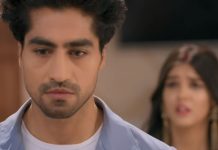