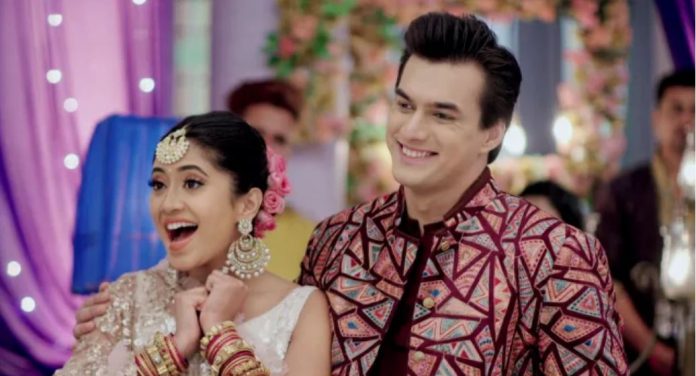 YRKKH Starplus Ishq SubhanAllah Vidya Spoilers Yeh Rishta Kya Kehlata Hai Kartik and Naira find some spare time to celebrate their together. They are much in love. They always time moments to cherish. The lawyer arrives in the Sangeet function. He gives the shocking news that the judge has changed and the divorce proceedings may delay. He tells Kartik and Naira that they have to come to the court even after their marriage. He tells that divorce proceeding won’t be easy. Dadi worries that Vedika is still between their happiness. Manish and Suwarna want to find some way to fasten the divorce proceedings.

Kairav tells that he wants both his parents. Kartik and Naira lessen the stress. They run away from the house to spend some alone time. Vedika is much disturbed because of Naira. She feels Naira has come back and snatched everything from her. She feels Kartik and Goenkas belonged to her, but she has been foolish to hit her own foot by making such a big sacrifice. She didn’t wish to lose Kartik. Vedika fights her dilemma. She wants to claim her rights on Kartik once again.

Vidya: Vivek takes a disguise to expose Vidya’s would be groom’s truth. He wants to expose Nanku Singh’s plan. He learns that Dharma is also hired by Nanku. He can’t believe that Dharma is also involved. He realizes how Dharma faked the illness to convince Vidya for remarriage. Vidya didn’t believe Vivek. He now wants to expose Sandeep and Dharma’s plan so that the marriage breaks. Sandeep, Mohan and Bablu get angered on Vivek’s new avatar Toofan. Vivek really creates a stir as per his avatar. He leaves Vidya confused.

Ishq SubhanAllah:
Zara follows Javed to the factory. Javed finds her and kidnaps her again. He tries to molest her. Zara fights back. Zara struggles to run away. He injects her drugs to faint her. He tells her that if she wants to refuse to his love, then she has no right to live. He pours the kerosene around her and ignites fire. Kabeer reaches there to save Zara. He beats up Javed. He rescues Zara and takes her home.