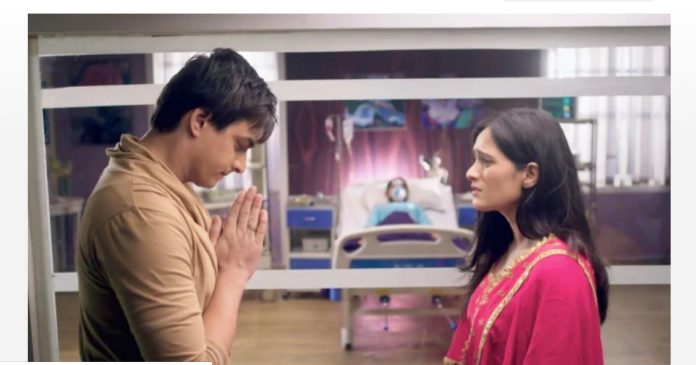 Yeh Rishta Upcoming Kartik huge compulsion twists Goenkas and Singhanias are worried to find a kidney donor for Naira. They want to save her some how. Goenkas’ staff reach Singhania house and assure that they will look after Vansh and Kairav. They ask Devyaani and Bhabhimaa to go to the hospital, since they will be with Vansh and Kairav like their shadow. The staff fails to keep an eye on Vansh and Kairav, who smartly trick. Vansh and Kairav learn that the elders are going somewhere secretly. They think if they are going to some party thrown for Kartik and Naira. They assume that there is a pre-wedding bash. They also want to attend the party and think their entry will be surprising.

They leave from the house and follow the car to reach the venue. Kartik is much worried for Naira. He cries for her. The family gets the tests done to know if they can become the kidney donor for Naira. Vedika requests Dadi to let her go for the tests, maybe she can become a match. Dadi is much displeased with her. Vedika gets the test done. Kartik tells Naira that its their marriage today and they will marry before their flower garlands dry.

He wants to fulfill his promise, knowing its impossible. His divorce with Vedika didn’t happen. He asks her to get fine for Kairav and his sake. He tells that he really needs her with him, since he can’t live without him. Naira is much worried for Kairav. He realizes this and feels sorrowful. Vedika didn’t think Naira will get hurt. She wants Naira to get fine. She just wanted to keep her marriage with Kartik. She never imagined this would happen at the Dargah.

Dadi warns her that she will not spare her if Kartik and Naira’s relation spoils. She tells that she can’t risk Kartik and Kairav’s happiness at any cost. The family waits to know about the donor. Doctor tells them that the family members aren’t any match. This news gives tension to Kartik. He starts searching for the donor. Doctor tells him that there is a match and donor is around. Kartik wants to know who is the donor. Pallavi tells that Vedika can become a donor. Kartik is taken aback. Dadi doesn’t think that Vedika will donate her kidney to Naira.

She tells that Vedika isn’t so good-hearted so save Naira. She thinks they should find a donor for Naira. The family gets in dilemma if Vedika will save Naira or not. Kartik takes Vedika to Naira. He tells her that he always loved Naira and didn’t lie to her.

He asks her if she will save his life by saving Naira. He gets panicking. Vedika gives her word that she will donate her kidney. She keeps a condition and asks him to not marry Naira. She asks him to choose Naira or her life. Kartik gets compelled. Vedika seeks his promise. Kartik promises to not divorce Vedika and not marry Naira. He kills his love, his feelings and his happiness to save Naira’s life.