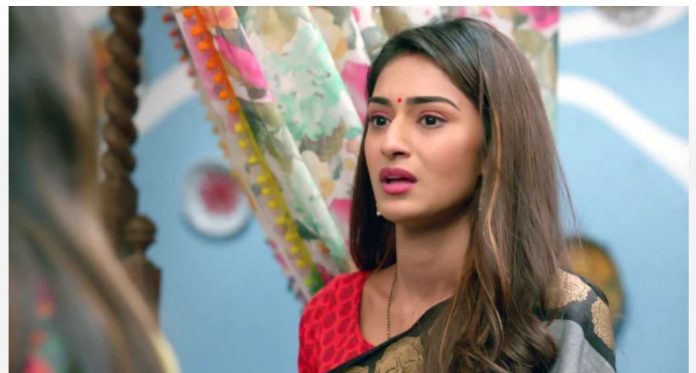 Kasautii Ultimate Shocker Starplus Prerna Viraj marriage Anurag shocks Prerna and entire Sharma family by telling that he has come to ask for Prerna’s hand for Viraj Bharadwaj, a banker by profession and a kind person at heart. He tells about his business collaboration with Viraj, how much he has got to know about Viraj’s family and background, just because he sees a prospective groom for Prerna in him. He tells Veena that there is nothing to be tensed about, Prerna has already met Viraj at his office and seen his kind behavior. He reminds Prerna about the guy who took care of her when she felt dizzy and was falling over the glass pieces.

Prerna doesn’t understand why Anurag is keen to get her remarriage, when he started liking her despite his memory loss. He tells them that Viraj is helping his business in financial losses. He tells that he is sure of Viraj’s caring and genuine side. He reveals that he met Viraj and his family to talk about the alliance. He tells that Viraj refused for the marriage, but after seeing Prerna’s picture, he agreed. He had told the truth about Prerna’s pregnancy to Viraj. He explained Viraj to marry Prerna and complete two lives by this alliance.

Viraj has lost his wife and coming child in an accident. Anurag feels Prerna and her coming child can complete Viraj’s life. Viraj thinks Anurag’s suggestion is good, since Prerna is a nice person. Anurag tells Veena that Viraj is ready to marry Prerna and even his parents are willing. Veena doesn’t know how to react that Anurag is getting an alliance for Prerna. Prerna cries in shock. Anurag wants to know why did she react this way. He asks if he has told something wrong to Prerna. Veena goes to explain Prerna. Prerna is angry and helpless that Anurag wants her to marry Viraj. Veena thinks Anurag will never get his memory back.

Veena tells that she will not inhale until Prerna gives her approval. She tells that she will die if Prerna doesn’t move on by forgetting Anurag. Prerna finds it difficult, but promises Veena that she will marry Viraj. She takes this step to save Veena. She neutralizes Veena’s state. Anurag questions about Prerna’s husband. He feels that even Sharma family is hiding about Prerna’s husband. Suman and Mahesh don’t answer him. Anurag knows that they are really concealing some facts. Prerna tells him that she is ready for the marriage if he thinks its needed.

Anurag is glad and tells her that it was Sonalika’s idea to get her married to Viraj. Anurag tells that he will get Viraj to meet the family. Prerna understands that Komolika had planned all this. She wants to ruin Komolika’s plan. Komolika reveals her plan to settle Prerna to make her away from Anurag. Mohini and Nivedita sing her praise and like her idea a lot. Komolika wants to get Prerna married to Viraj soon. Anurag tells Komolika that Prerna agreed for the marriage. Prerna makes a plan to change Viraj’s decision.

She faces insult from Komolika’s side. She doesn’t deter. She tells Viraj that she isn’t ready for the marriage, but can’t refuse because of Veena. She asks him to refuse for the marriage, since she still loves her husband.