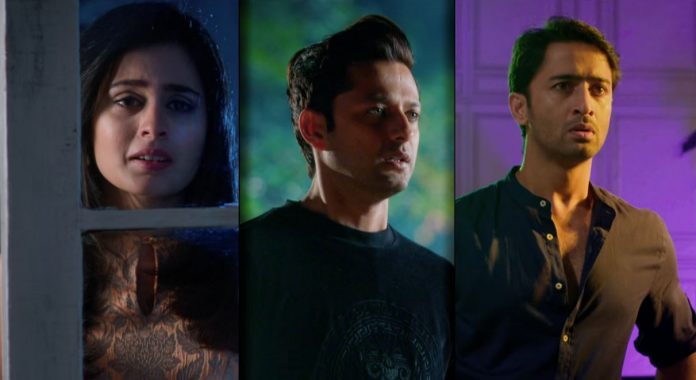 Rishtey Pyaar Nannu turns negative Mishbir troubled Nannu wants to know Mishti’s feelings for Abir. He asks her if she will forgive Abir if he comes up with a proper reason for his break up. Mishti tells him that nothing can justify Abir and she has no interest in knowing anything. She tells that their future will not have Abir’s role. She promises him that she will never hurt him. Nannu is glad that she is committed to him. He fears since he didn’t tell her the complete truth about Abir. She gets Abir’s call and rejects. Nannu was hoping that she would answer and learn the big reason from Abir himself. Mishti tells him that Abir was her past and now she has learnt to move on.

Nannu wants to get rid of his insecurity. He fails to enjoy his marriage functions because of the constant stress from Abir’s side. She doesn’t want to wait for Abir. Nannu calls Abir and makes him hear Mishti’s decision. He reminds Abir his promise and asks him to not interfere in their lives again. Abir gets helpless. Abir cares for Parul, who gets hurt. Abir realizes Kunal worries for Parul but doesn’t show. Kunal and Parul ask Abir to meet Mishti personally and tell her the entire truth of Meenakshi’s blackmailing. Meenakshi overhears their plan.

She thinks of stopping Abir and Mishti’s meet. She goes to meet Nannu and alerts him about Abir. She wants Nannu to keep Mishti away. Nannu feels Abir gives little happiness to Mishti and hurts her more. Meenakshi tells him that she can help him in his relationship. He doesn’t want to have any terms with her. She asks him to call her if he changes her mind. Mishti and Kuhu have an emotional time with their families. Mishti feels she will be getting married and leaving the family soon. Vishwamber and Rajshri find her happy. Nannu feels Mishti is really looking ahead to marry him. He also feels happy. Kuhu asks Mishti to always keep Nannu happy.

She is also concerned for Mishti’s happiness, but doesn’t tell much since the matter has got too ahead. She doesn’t think Abir has any scope now. Vishwamber is glad that Abir didn’t come home. Kunal meets them. He misleads Mishti by indirectly informing about Abir’s accident. Mishti runs to meet Abir and fears of losing him. All of her suppressed emotions come out when she meets Abir. She finds him absolutely fine. Abir tells her that he will fix things between them. He tells her the real reason for their break up.

He tells that her love was right, but he couldn’t keep her trust because of Meenakshi’s threatening. He tells that he had to choose Kunal and family at that moment. Mishti forgives him and gives him a clean chit. Abir and Mishti have a moment of union. They hug, cry and laugh, staying together. Abir wants to marry her. Nannu follows her and finds them together. Mishti feels guilty that she would be cheating Nannu. She gets distant from Abir. She feels Abir got too late on conveying the truth. Nannu feels depressed that she is going back to Abir.

Abir asks her not to ruin Nannu’s life by one sided love. Mishti feels Meenakshi used Abir and Kunal against her. She sheds tears. Abir cheers her up. She goes home and overs Vishwamber and Rajshri’s conversation. While Rajshri wants to favor Mishti and Abir’s relationship, Vishwamber thinks of the broader scale. He wants betterment of his united family which will happen only when Mishti marries Nannu. He wants Mishti to marry Nannu.

Mishti gets in dilemma. Abir meets her again to know her reply. Abir makes new love vows and convinces her for marriage. Nannu fears of losing her and calls Meenakshi for a meet. Nannu turns negative and joins Meenakshi to plot against Mishbir. What will Meenakshi do next? Keep reading.