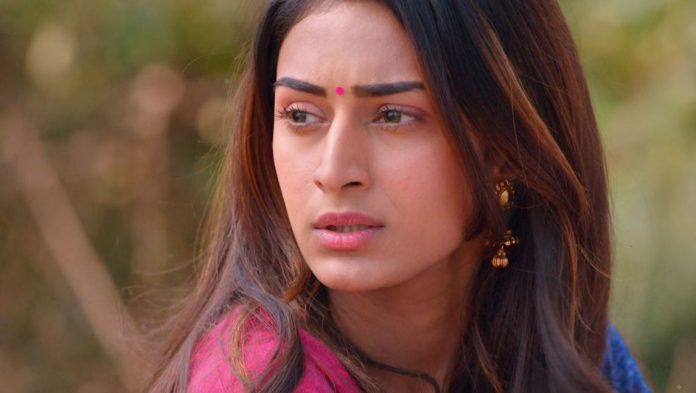 Prerna Kasautii Spoiler Starplus Unexpected loss AnuPre Viraj prepares to kidnap Prerna and forcibly marry her. Anurag tells Veena that he wants to save Prerna from Viraj. He tells that he is guilty that he has got the wrong alliance for Prerna. He apologizes to Veena for inviting problems for them. Shekhar tells him that he shouldn’t blame himself. Veena forgives Anurag, knowing he didn’t do anything intentionally. Anurag wants to know about Prerna. Mahesh tells him that he dropped Prerna to Basu mansion. Anurag thanks him for keeping her safe. He borrows Shivani’s phone and calls Prerna to stop her. Prerna thinks she will talk to Shivani later. Anurag calls his home to talk to Prerna.

Anupam tells him that she had gone to meet Viraj and refuse for the marriage. He informs Anurag about Viraj’s farmhouse location. He asks Anurag to go there if the matter is urgent. Anurag leaves for the farmhouse and tries hard to call Prerna. Prerna meets Viraj. She gets Shivani’s call again. She tells Viraj that she will just come. She finds Anurag on the call. Anurag tells Prerna that she must leave from Viraj’s place right away. She believes him blindly and knows there would be some big reason. She wants to leave, but Viraj soon stops her.

Viraj and his goons take her inside the house. Viraj threatens of killing her. He bids bye to Anurag and breaks the phone. Anurag wants to reach Prerna as soon as possible. He tells her that he knows she loves Anurag and is carrying his child. He is angry that she doesn’t want to marry him. She asks him if he is reacting so bad because of her rejection. He tells her that he knew her sobbing love story since the beginning, Anurag has lost his memory, but still she is mad for him. She tells him that Anurag deeply loves her and would come to save her.

She questions his identity. He confuses her by telling that he is Navin’s brother. He also tells that he is her enemy from the past who came for revenge. She understands his revenge intentions. She refuses to marry him. He threatens her and kidnaps him. She struggles to get free. He summons a pandit and sits to enjoy some drinks. She refuses to marry and asks pandit to not get the marriage done. Viraj throws his anger and yells at her for testing his patience. He tells that none can save her now. She tells that Anurag will save her and her baby.

He tells her that if Anurag comes, then he will kill Anurag. Prerna slaps him in anger and warns him against speaking anything rubbish about her love. Anurag reaches the farmhouse and is moved by seeing the blood marks. He is terrified thinking Prerna is in danger. He runs to find her. He gets tricked and realizes the trap. He sees the red colour bottle. He thinks to leave the place. He soon gets trapped. He fails to know about Prerna. He gets caught by goons, who draw him unconscious.

The goon informs Viraj about Anurag. Viraj asks him to get Anurag to the marriage venue. He takes Prerna to the cliff and tells that its their marriage venue, where she got saved once. He tells that she won’t get saved this time. He compels her. He tells that he will not spare her now. He criticizes her weak decisions. He asks her to respect him, since he is going to become her husband now. She attempts to escape. He shoots at the car tyre and stops her. He drags her to the mandap. Prerna gets happy to see Anurag coming there. Viraj shows her unconscious Anurag. He wants Prerna to see her failing love story.

She gets worried seeing Anurag’s life in danger. Viraj threatens her about Anurag. He forces her for marriage. She agrees to marry Viraj and sits in the mandap to save Anurag. Her prayer get answered. Anurag gains consciousness and finds Prerna with Viraj. He bashes up the goons to make a way to Prerna. Prerna runs to Viraj. AnuPre together fight Viraj. Viraj shoots her, before falling down the cliff. Will Prerna lose her baby? Keep reading.