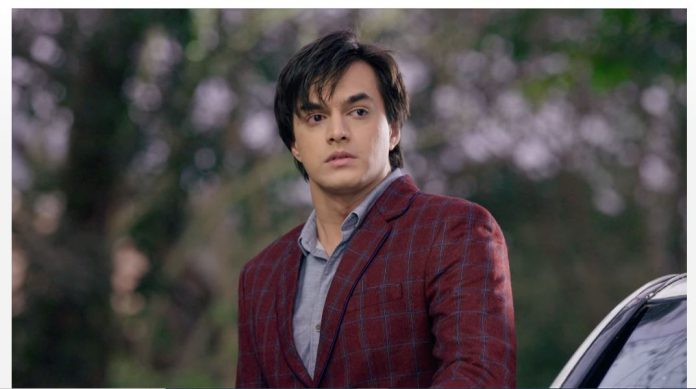 YRKKH Kartik in danger Sanjivani Ishani big decision Naira is much hurt after knowing about Kairav’s hatred. She takes him to Singhania house, knowing he is picking up wrong thinking from Goenkas. Kartik and Naira find the witness for Trisha’s case after a long search. The witness tells them that he had met Trisha and found her running away from Lav and Kush. Kartik gets a CD which contains the evidence against his brothers. He informs Naira about the evidence and witness found. Javeri sends his aide to spy on Kartik and Naira. The aide captures Kartik’s video. He calls up Javeri to update him. Javeri wants the witness to not give any statement.

The witness is worried for his life after Javeri’s aide threatens him. Kartik and Naira want to take the witness to the court. Kartik stops the witness. They come in front of the truck. Kartik’s life falls in danger. Javeri has prepared the plan to kill Kartik to stop him from reaching the court. He can do anything to save his son. Kartik has to get justice for Trisha. He asks the witness Mohan not to run, he will be protected. Mohan begs for his life. Kartik wants to know who has threatened him. Mohan tells that he is a poor man and wants to avoid the court matters. He is much scared. Kartik gets saved. Naira answers the media and stops them from asking weird questions. Goenkas and Naira’s relation get spoiled.

Sid creates a huge ruckus in Sanjivani after learning the bitter truth of Ishani and NV’s marriage. He ruins the anniversary cake and scolds them for ruining his life. He feels Ishani cheated him. He accuses her for marrying a rich man after dumping him. Ishani doesn’t want to get blamed when she isn’t at fault. She pledges to make Sid recover, so that he accepts his fault of abandoning her in the marriage mandap. She wants Sid to apologize to her. She heals NV’s wound. She is thankful that NV has saved Sid’s life.