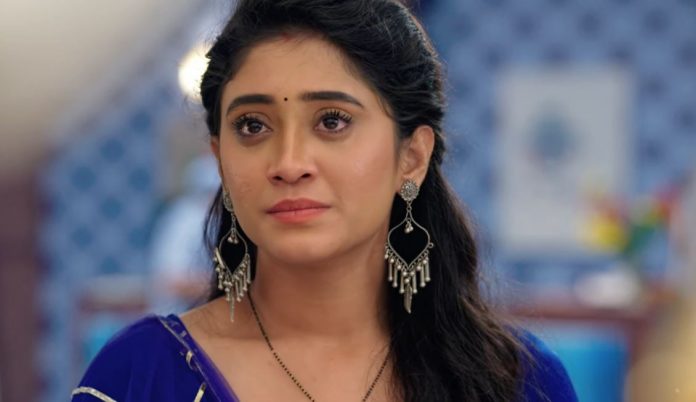 YRKKH Tonight Naira to expose Javeri High Drama Naira reaches the hospital and finds Naksh taking Kartik on the stretcher. She pushes the stretcher and shouts for the doctor to get immediate help for Kartik. She tells Kartik that he has to stay strong, nothing will happen to him, he has to fight and come back for the sake of Kairav and family. She boosts his self will to get well soon. Kartik asks for Kairav and misses him. Kartik tells her that he wants to see Kairav. She tells him that Kairav will come soon with the family. She cries for his injured state. Kartik faints down, adding more to her woes. She panics. Naksh asks her to be strong and not cry. He asks the doctor to treat Kartik.

Kartik is rushed inside. Naira wishes that Kartik always stays with her. She tells him that they have to get justice for Trisha, their fight didn’t end yet, he can’t leave her alone this way. Naksh consoles her. She speaks to Mohan to know if he has called Goenkas and informed them. Mohan tells that he just had her number and called her. She thinks it will be shocking for Goenkas too. Meanwhile, Javeri is much stressed that his aide has spoiled everything. He asks him to leave the city before getting caught. He just wanted to scare Kartik. He gets worried when he finds Manish overhearing his conversation. Manish questions him.

Javeri lies to him about the other case. He misleads Manish, who gets a hint that Javeri is up to something. Naira prays that Kartik gets fine soon and no harm is caused to him. She feels Kartik got punished because of her.

Half of the family blame Naira for the accident, since she is too stubborn and didn’t withdraw the court case. Javeri asks them not to meet Kartik at the hospital, since Naira would be taking media’s help to win the case by using this chance. Manish rages at his selfishness. He tells Javeri that all that he cares about is his son’s life. Javeri too is worried for his son. He doesn’t care for Kartik or Goenkas. He just wants to win the case to save Abhishek’s future. The Goenkas reach the hospital, while Naksh informs Singhanias about the accident. Singhanias don’t tell Kairav about Kartik. They reach the hospital and make Kairav sit in the car. Kairav wants to know who is admitted. He asks Devyaani again and again.

When he gets no answers, he runs inside to check. Goenkas and Singhanias console a dejected Naira. Doctor explains them about Kartik’s internal injuries, which can be worrying. Naira requests him and takes permission to meet Kartik. She urges him to get fine. She apologizes to him and feels much guilty. She doesn’t want Kartik or family to pay a price for her fight. Kairav is shocked to see Kartik critical and realizes his importance. He feels sorry that he has hurt Naira and Kartik. Dadi blames Naira and Trisha for being adamant and risking Kartik’s life. Naira wants Kartik to regain consciousness. Kairav consoles her and also apologizes. He wants to stay with his parents and promises to obey them.

Dadi accuses Trisha for coming to their home and breaking the family. She asks her why is she punishing Naira and family, by getting selfish for justice. She feels Trisha doesn’t even love Naira. Trisha feels sorry to see Kartik’s state. She decides to withdraw the case. Javeri doesn’t want Goenkas to know his involvement in the accident case. Shivani informs Naira that Javeri is responsible for Kartik’s accident. This rages Naira, who swears to get Javeri punished. Naksh tells her that Mohan is scared seeing Kartik’s state and ran away.

Naira thinks they have to find some other proof. She gets engaged in finding new evidences. She looks ahead for the court hearing. Naira will be exposing Javeri’s crime to harm Kartik’s life for winning the case. The court room drama gets more ugly when Javeri tags her mentally unstable. How will Goenkas react to the lawyer they hired? Keep reading. 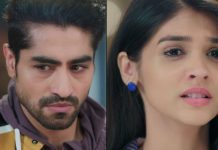 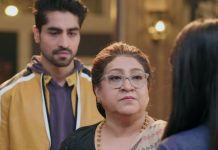