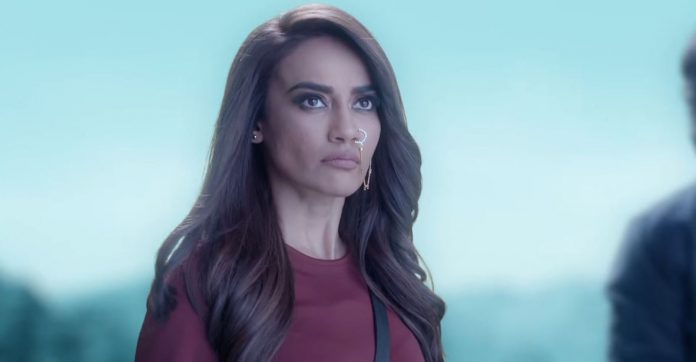 Patiala Babes Jadu Hai Dad Ki Dulhan Upcoming Kabir joins hands with the Lal Chand princess, who got awakened by Aman and Roshni’s move of ringing the towel bells. She is much enraged that her sleep of thousand years got broken. Kabir tells her that he can guide her in taking revenge on her enemies. He informs her about Aman and Roshni. She sends her guards to attack the couple. Kabir wants to fulfill his revenge by using her. Chotu gets saved and unites with the family. The family wants Roshni to stay back, but Aman keeps his ego. He asks Roshni to leave if she wants.

Parveen wants to know if things are better between Aman and Roshni. She doesn’t remember anything. She wants to celebrate Aman and Roshni’s anniversary. She plans to throw a grand party. Roshni gets emotional to leave the house. Aman stops her for Parveen’s sake. He tells that Parveen just got conscious from the long coma and fought the illness, she shouldn’t bear any shock. He asks Roshni to pretend happy and hide the separation truth from Parveen. Roshni agrees and keeps her weird terms. Aman gets helpless to accept her conditions. The princess lands at Khan mansion, which shocks everyone.

Amber calls the salon services for Guneet. The girls come home and knock at Guneet’s door. Guneet is surprised to know that Amber has called them for her relaxation. The girls tell her that Amber has made the booking. Guneet can’t believe the big change in his behavior. She asks Amber why did he do all that for her. He tells that he wants her to relax and not think of the past baggage. He makes her stay comfortable. Guneet likes his friendly side.

Neil takes care of Mini. He shows his concern for Mini. She falls for Neil. He understands her silence and is connected to her emotional. They respect each other and have a liking. She doesn’t want him to go away. Their bond gets more friendly. She misses Babita a lot. Neil pacifies her. He tells that he is proud that she struggled to achieve the big aim alone and won as well. They have a big moment of victory and joy. There will be Holi celebrations seen, which brings Neil and Mini together.

Shoot in your comments to express your likes and dislikes on the show, this very post and possibility of upcoming track.<