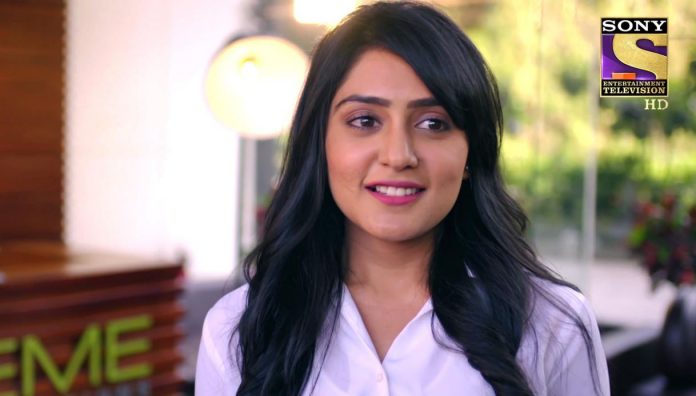 Dad Ki Dulhan Nia Kabir love story upcoming Kabir gets surprised knowing Randeep has gone to America. He recalls Nia telling that Randeep was just her friend, they got along in America, and she never thought that she will meet him again. He recalls misunderstanding Nia and Randeep’s relations. He says they like each other.

Guneet tells him that although Randeep has feelings for Nia, but she never moved on. Kabir thinks he is a fool to think that they are together, tells that he has ruined his friendship with Nia. Guneet talks to Nia about Kabir. Nia says Kabir lied to me. Guneet says he didn’t lie to you, whatever he did is for his company, it is not called cheating. Nia says he cheated me, when I was in big need of his support, he was not with her, as business comes first for him and for her friendship comes first.

She says I have lost everything. Guneet asks her to talk to him and discuss the matter. Nia says whatever mind says, if heart says not to do it, then we shall not do it. She says you have broken your roka because of it. Amber sings song and is happy. Guneet comes to Amber and calls him. Guneet asks Amber to help her in cheering up Nia and rekindling Nia and Kabir’s friendship. Guneet and Amber try to make Kabir and Nia patch up with each other. Amber invites Kabir, Kajal, Shri and Swara to his house.

He has realized that Kabir and Nia like each other, but she never wanted to go ahead with the relation because of Amber. Amber calls them for reunion party. Shri tells that Amber and Guneet have organized the reunion party and asks them to keep the work and the friendship separate. They all agree. Nia is still upset. Guneet and Amber join hands to play cupid for Kabir and Nia. As Randeep has gone to America, there is a chance for Kabir to win Nia’s heart. Amber loves Guneet, but Guneet loves No drama plz, not knowing that Amber is no drama plz. Nia asks Amber to propose his feelings to Guneet.