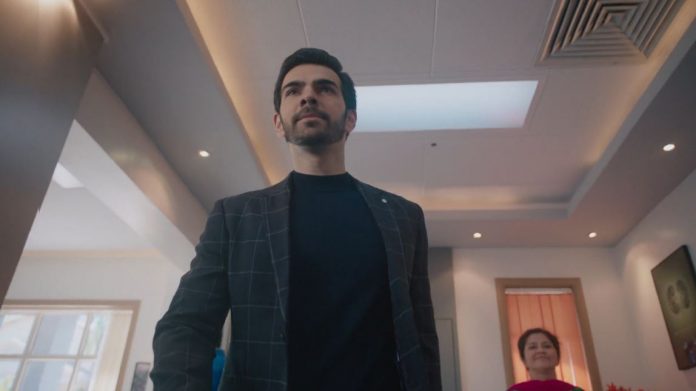 Kahaan Rohit stunning Filmi entry Most memorable Another iconic scene in the show is Rohit’s entry in the Sippy hospital. All of the female staff and the patients can’t help, but stare at the handsome doctor. Rohit also gets to meet Mr. Desai’s daughter, who has a deep crush on him. The girl makes excuses to meet him. Rohit wants the girl to not rush for the follow up. Rohit isn’t interested in giving any hopes to any girl.

The girl sweetly hands over the sweets to him. Rohit humbly accepts it and then gives it to a nurse. The nurse gets happy to receive the sweets from him. Rohit goes ahead to meet his little patient Preeti, who is a big fan of Sonakshi’s show Kahani Parvati Ki. Preeti wants to become brave like Sonakshi. Sonakshi is really connected to her fan Preeti.

She wants Preeti to be strong and recover. She tells Preeti that even she is tensed about the dance sequence, but she will be doing it really well, since one has to conquer over the fears. Sonakshi wishes Preeti gets fine after her heart surgery. She speaks to Preeti’s mom and encourages her. Preeti’s mom asks her to be connected with Preeti until the surgery. Sonakshi makes sure that she boosts up Preeti’s courage. She sends a poetry for Preeti. Rohit checks Preeti and finds her reports stable.

Preeti’s mum doesn’t tell Preeti about the surgery and stops Rohit. He understands that Preeti isn’t aware of the surgery. He then reveals to Preeti about the surgery and also encourages her, just like Sonakshi. He wants Preeti to be fearless and strong. He tells Preeti that her heart has a small hole, which can be treated well if she stays brave. Sonakshi and Rohit become Preeti’s amazing superheroes. Rohit tells her that he should actually hug Parvati for encouraging her. Sonakshi in a filmi way feels like Rohit’s hug. Sonakshi shares her strange love feeling with Netra. Netra tells that many fans love her, and that’s really like the world loving her.

Shoot in your comments to express your likes and dislikes on the show, this very post Kahaan Rohit stunning Filmi entry.