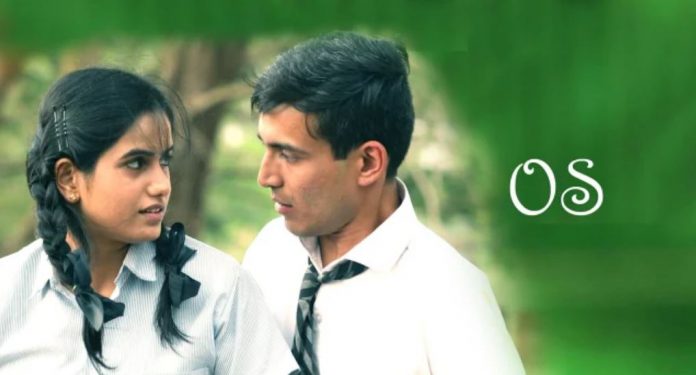 Hotstar Os Dew Unfulfilled love tale remembered The school principal summons a Gopal’s father to complain about Gopal’s mischief. Gopal’s father meets the class teacher Geeta, who has many complains with him. The man recalls his first love Geeta, whom he lost due to his unspoken feelings. The story goes back in flashback fragments.

Gopal’s dad, a young lad in flashback, and Geeta were school mates, whose liking for each other was known to everyone. Geeta found him possessive about her. He doesn’t let anyone get friendly with Geeta.

One day, Geeta gets sad when she arrives for the school late. She isn’t allowed inside the gate. She cries sitting outside. The guy comes to her help. He helps her jump over the wall and get in. Geeta feels happy with his silent support. They start bonding like friends. He teaches her cycling. They come closer. Geeta’s dad happens to find them together on the bridge side. He slaps the guy and takes Geeta home. The love story stays incomplete and unfulfilled. Gopal’s dad recalls his heartbreaking story.

Geeta doesn’t complain about Gopal to the principal to keep her loyalty to her old friend. She shares about the past incident. She tells him that she was sent to her uncle’s place for few days and when she returned after finishing studies, she got to know that he left the village. He tells that he had to earn a living for the family after his dad’s death. She tells that his son Gopal is very naughty, unlike him. She feels he was much innocent. He shares about his marriage. They have a friendly talk while having a long walk, sharing their hearts out. They carry their love story along, like the drops of dew.