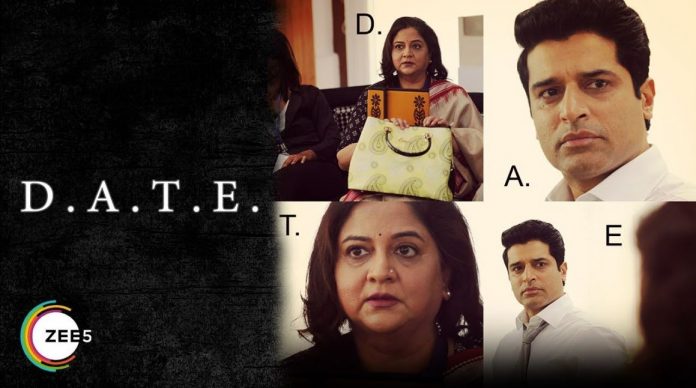 Zee5 DATE Inspiring story Shakti Anand Shama Deshpande An elderly woman appears for her life’s first job interview. She grows tensed when she finds young, competent, talented guys coming for the same job interview. She prays for her successful interview, so that she bags the job. She waits for her turn and goes through her credentials again and again, passing time and trying to normalize her stressful situation.

She also rehearses for the interview, looking weird to others. The receptionist Swati cares for her. The lady shares about her nervousness. She hopes that the boss isn’t much strict and the interview goes on well. The boss speaks to his wife. He gets the final file for the interview. Swati tells him about the last candidate, who is little different.

The lady is called inside the cabin for the interview. She doesn’t know if she stands a chance to get the job. She surprises the interviewer, because of her age. She has been a topper through out and stuns with her qualifications. He thinks if she is really willing to join a job at this age. She tells him that its her first job interview and she didn’t find any specified age requirement in the ad. She reasons out the reason. She lost her husband, but has her children to accompany her in her life. She tells that all of her children are well settled, she has met all her responsibilities by now and wants to do something to fulfill her satisfaction, its not too late to fulfill dreams.

She wants to live for herself by doing everything which she always wanted to. He tells her that the job might give her a lot of stress, since they have target deadlines and she may not be able to catch up their speed. She tells him that she can meet the deadlines, since she has managed her husband’s business for few years as well. She sounds much confident and surprises him. She is sure to learn with opportunities. ,/p>

She promises to not disappoint him. He finds her really earnest, but since she lacks the experience, it will be tough to hire her. He tells that he will still hire her as an intern and see how she performs. She is thankful that he believed in her. The lady shares her excitement with Swati, since she got the job. The twist is then revealed that she is the boss’ mom. He tells her that he didn’t know her credentials are so strong. They share a laugh after her interview goes successful.