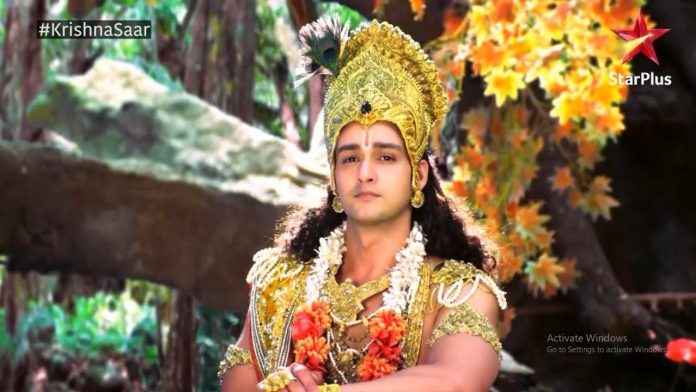 Krishna Karna Mahabharat moment birth Truth revealed Krishna reveals Karna about his birth. The mystery finally comes out when Vasudev reveals that Karna is Rajmata Kunti’s son. He tells that he is Surya Narayan’s son, he was given as the worship reward to Kunti. He tells that Karna was born to Kunti, and holds many powers of Surya Narayan. Karna finally gets to know his real roots.

Karna is born with Divya shield. Krishna explains that humans always hope for a good future and happiness, but things doesn’t go as planned. He gives some wisdom to Karna in handling the big shocker. Their plans to make future better don’t work. Problems get created along with a power to solve it getting created somewhere at the same time. Problems can be taken as an opportunity to change oneself, one’s thoughts and purifying the soul by the real wisdom, which enlightens only in tough times.

The human mind works more in disastrous times. The one who is able to solve the problem isn’t affected by the calamities. Humans always try to tell the truth, but don’t hold courage. They get scared that their loved ones will be hurt by the truth. They have to subside the fear and say the truth. The truth is the other name of being fearless, which is also a trait of the pure soul. Krishna proves that he has always valued truth, be it bitter to the core. He empowers Karna to accept the truth of his birth. Karna’s heart softens towards his brothers, Kunti’s sons Pandavas.

Mahabharat was covered by the website, back in the year 2014. Seeing the posts mostly revisited now in 2020, due to the current airing of the show Mahabharat on Star Plus, we bring this post, Krishna Karna Mahabharat moment birth Truth revealed, as per the channel schedule and promos. Shoot down your comments if you want to read more on the show.