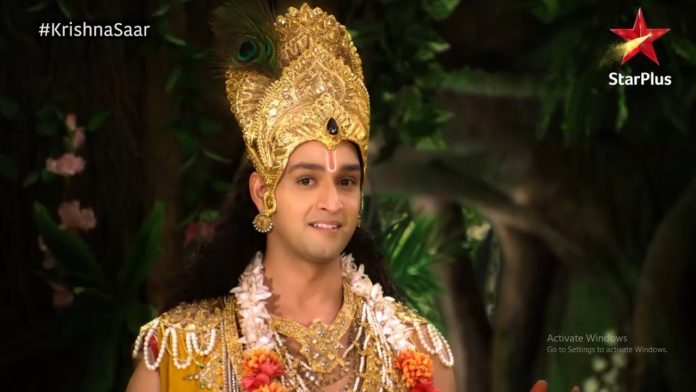 Mahabharat Starplus Promo Krishna Saar Justice Revenge When a person’s hope breaks, his heart gets filled with anger. There can be many reasons for having numerous wishes staying incomplete, but sometimes wishes are such that their nature is to not get complete. Revenge is to regard someone as the culprit, without considering the situation. Its not called justice, whose basis is mercy and compassion. Revenge grows by anger.

Its injustice to punish someone without thinking about his crime, by just keeping anger on mind. When a person gets punished for his crime, his heart cries seeing his mistake. He regrets that he was ignorant when he committed the mistake. The question arises in his heart, why didn’t he realize it mistake.

The justice makes him question his heart. He has to pay for his crime, but regret and repentance also matters, it gives strength to the coping heart and soul of the person. Repentance makes a person stronger to accept the coming punishment. It doesn’t matter if a person accepts the punishment without realization of his crime. Also, a person tries to make decisions by thinking of the future, which stays unknown to him. Future can just be imagined. Keeping oneself enlightened in heart matters.

One has to ask himself about his decisions, if its a selfish decision or for others’ good. Person should better think of being righteous than worrying for the future. Being righteous will make the future better and joyful. Person takes decisions mostly by asking a faithful friend’s advice. Different people give different opinions even if the situation is same. Its because of their perception. The good heart gives good advice, and vice versa. Person should be righteous to think before accepting anyone’s advice blindly.