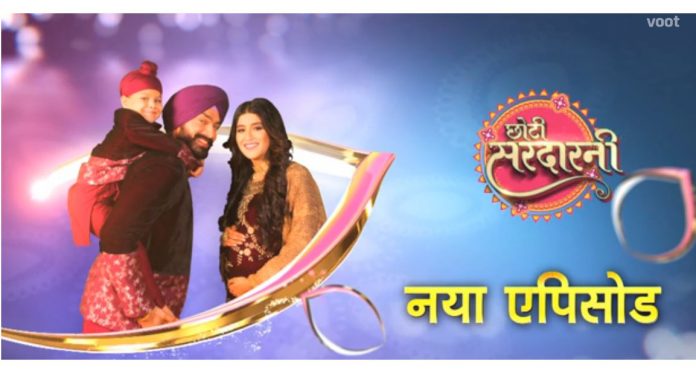 Choti Sardarni New Airing Mystery Enemy targets Param Param gets too bored at home. He wants to play with Sarabjeet. He misses Meher a lot. He asks Sarabjeet to spend time with him. Sarabjeet stays busy in his work. Param gets annoyed with them. Sarabjeet’s past enemy is keeping a watch on Param. The lady wants revenge on Sarabjeet. He isn’t aware of her return.

Yuvi calls up Param to know what’s bothering him. He asks Param why does he look upset. Param tells that he is much upset due to the lockdown. Yuvi tells him that he is enjoying a lot at home with the entire family, even Meher is with them now. He likes the food prepared by Meher. He tells that he is gaining more weight now. He makes Param jealous, telling that he is going to marry Ludo with Meher. Param yells a lot.

She tells that anyone will get bored being with a boring person like him. He tells that he is missing her a lot. She also misses them. She shares her idea of cheering up Param. Meher connects Param in the call. She tells him about her surprise. She asks Sarabjeet to apologize to Param for not playing with him. Sarabjeet apologizes to Param. Meher tells Param that they have made a new game. She asks him to play treasure hunt. She gives him hints and helps Param in finding the gifts. Param gets glad by the game.

Meher and Sarabjeet succeed in cheering him up. Sarabjeet tells the new riddle for Param to solve. Param enjoys the riddles and also their ideas of gifting. Param teases Sarabjeet for his burnt pizza. Sarabjeet wants to tell Meher that he loves her. The enemy keeps an eye on Sarabjeet’s family. Param receives a gift from the enemy. He checks the broken glass and wonders who has sent it. The enemy wants to end Sarabjeet’s happy family.

Reviewed Rating for this particular episode Choti Sardarni New Airing Mystery Enemy targets Param: 4/5
This rating is solely based on the opinion of the writer. You may post your take on the show in the comment section below.